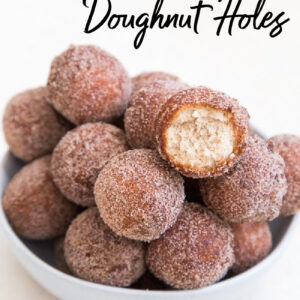 These bite sized apple cider doughnut holes are made with concentrated apple cider and tossed in cinnamon sugar for a tasty autumn treat. 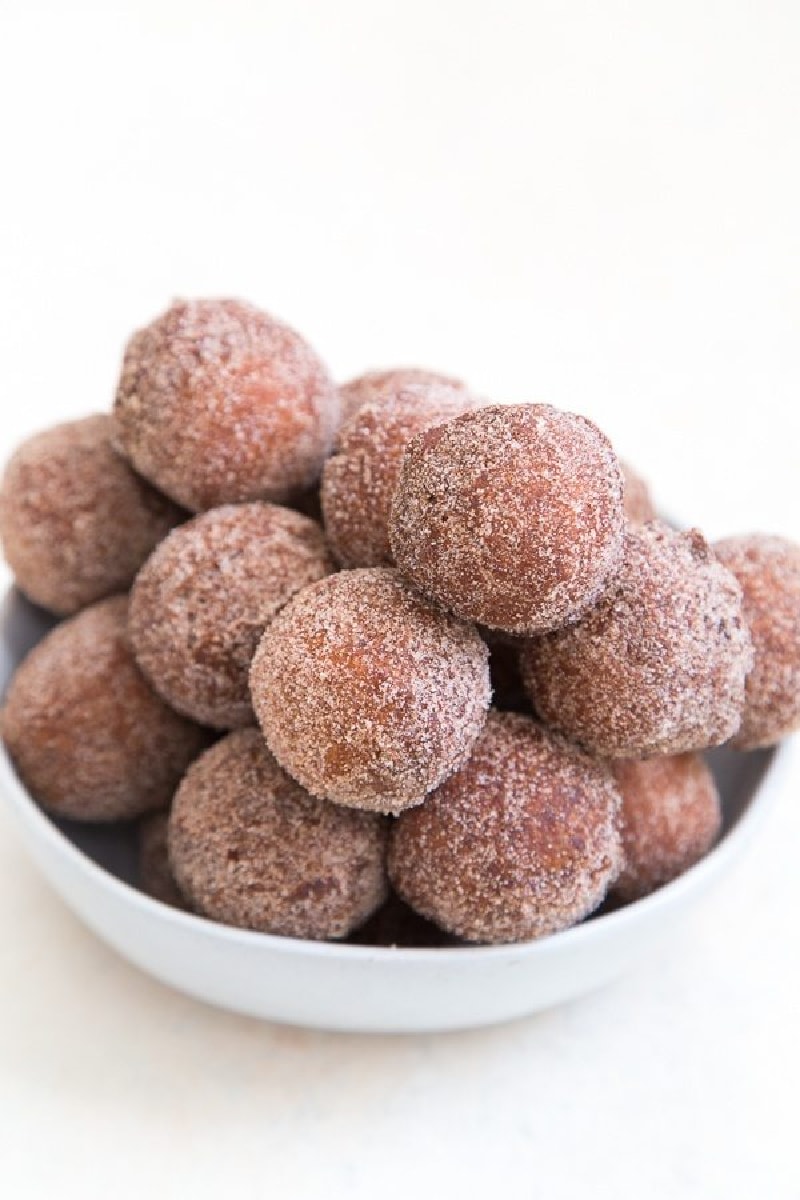 Apple season is my favorite. Apples so are so versatile. They’re great for sweet, savory, and liquid consumption. There are many places that have an abundance of apple orchards where you can pick your own apples or even press your own apple cider! I’m sharing one of my favorite ways to enjoy apple cider: apple cider doughnut holes!

There’s a lot of debate over the difference between apple cider and apple juice. In this recipe, I am using apple cider. Not hard cider or the non-alcoholic sparkling cider. In this case, we are using apple cider made from unfiltered raw apple juice. It’s generally a little cloudier and a tad darker in color. Do not confuse this with “spiced apple cider” which is infused with spices like cinnamon and nutmeg for extra flavor. 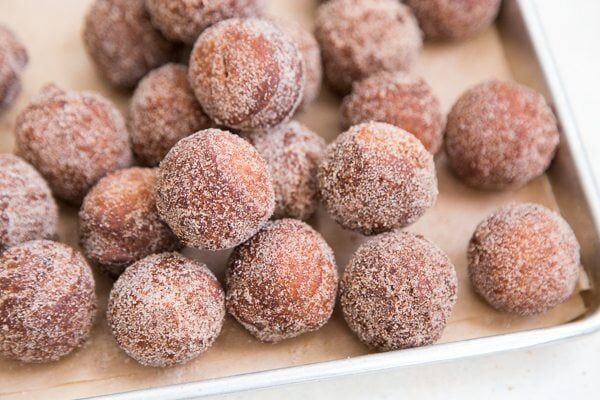 How to make Apple Cider Doughnuts:

To intensify the apple flavors, I slowly simmer 1 cup of apple cider until becomes reduced to 1/2 cup of concentrated apple cider liquid. The apple flavors will greatly depend on the quality of your apple cider. You’ll only need one cup for this recipe, so go ahead and splurge on the good stuff!

The dough recipe is straight-forward and easy to make. You can mix the dough together by hand using a sturdy spatula, or whip it even faster using a stand mixer. The dough will be quite soft and sticky. Do not add additional flour. The dough requires at least an hour of chill time in the fridge. During this time the dough will stiffen up a bit and become more manageable. If you’re pressed for time, make the dough the day before and let it chill in the fridge for up to 24 hours. 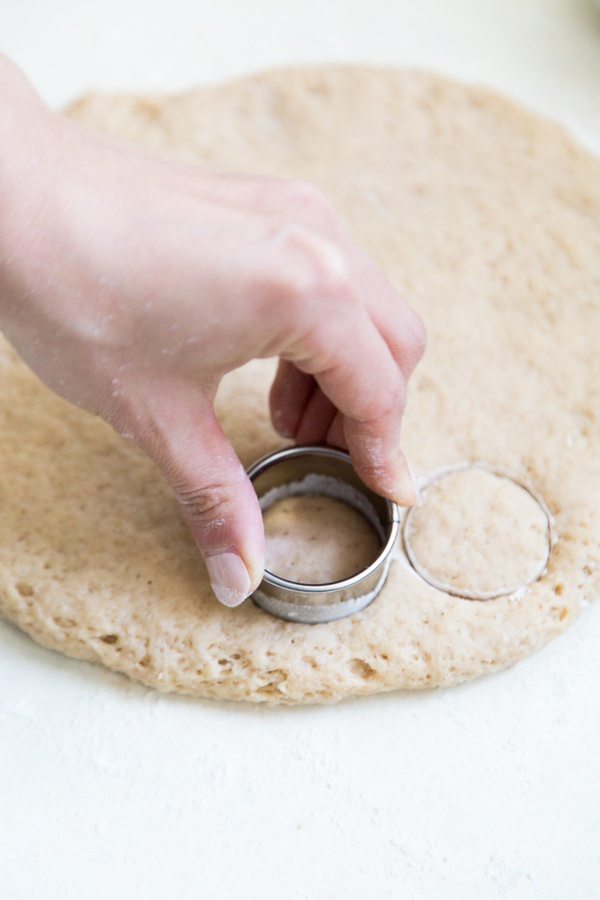 The chilled dough will be slightly sticky. Simply dust your work surface with a little flour to prevent sticking. Be sure to also dust your round cutters between uses. 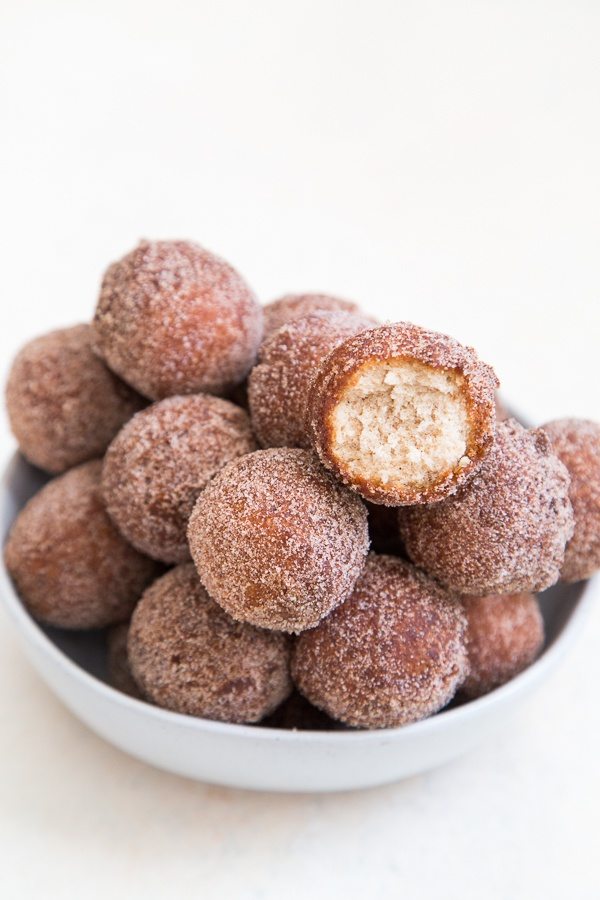 I prefer to fry using shortening. Most doughnut shops using shortening, too. The resulting doughnuts will feel less greasy and they will hold for much longer than when you fry using vegetable oil. It’s also helpful if you use a candy thermometer to pinpoint the right temperature of the oil for frying.

After frying, fresh apple cider doughnut holes get tossed in cinnamon sugar. Because these doughnuts contain no yeast, they are more cake-like in texture. They’re best eaten warm, a few minutes after cooking. Grab a cup of apple cider, coffee, or tea and enjoy!

Here are a few more breakfast treats you might enjoy: 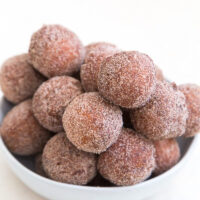