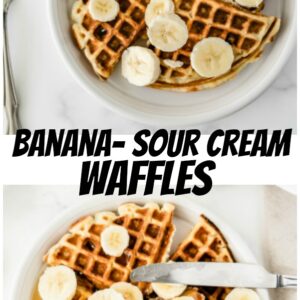 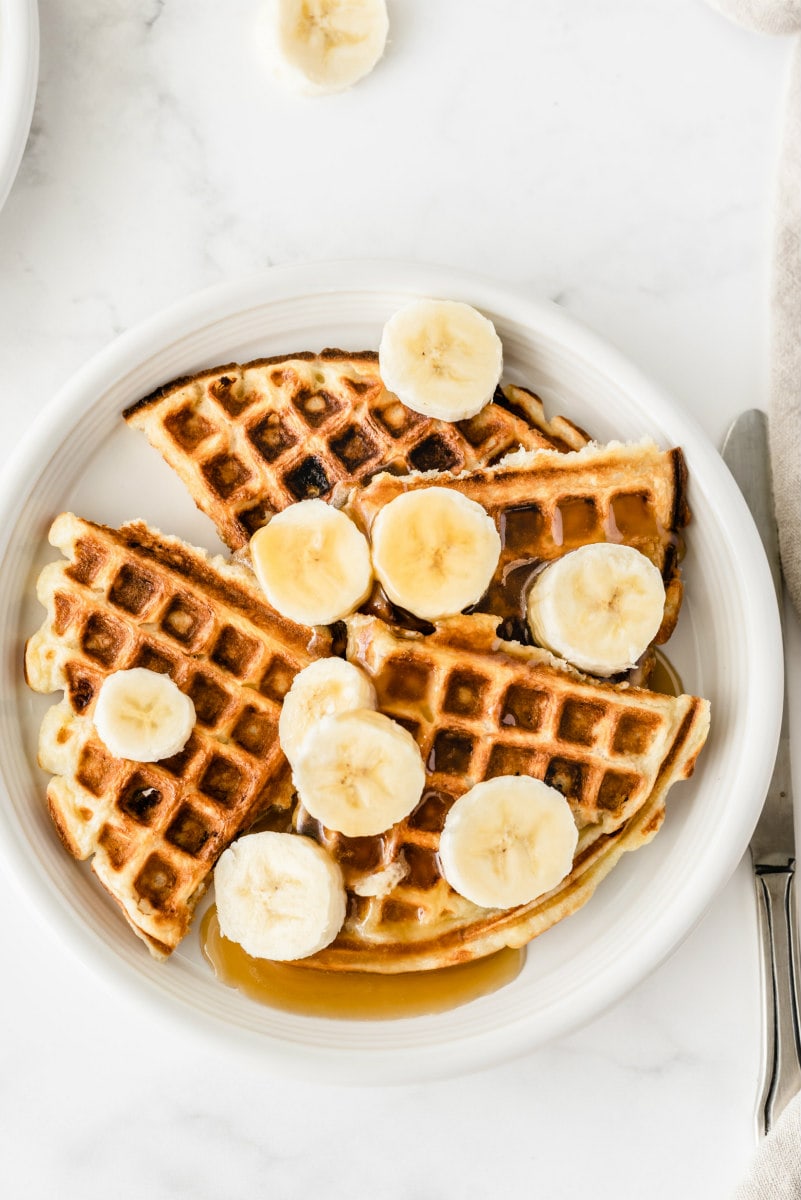 Weekends are made for waffles! I don’t know about you, but in my house, we do special breakfast on one of the weekend days. It just feels like the right time to do that. Sometimes it’s eggs and bacon. And more often than not it’s muffins or pancakes. But today it’s these Banana Sour Cream Waffles! 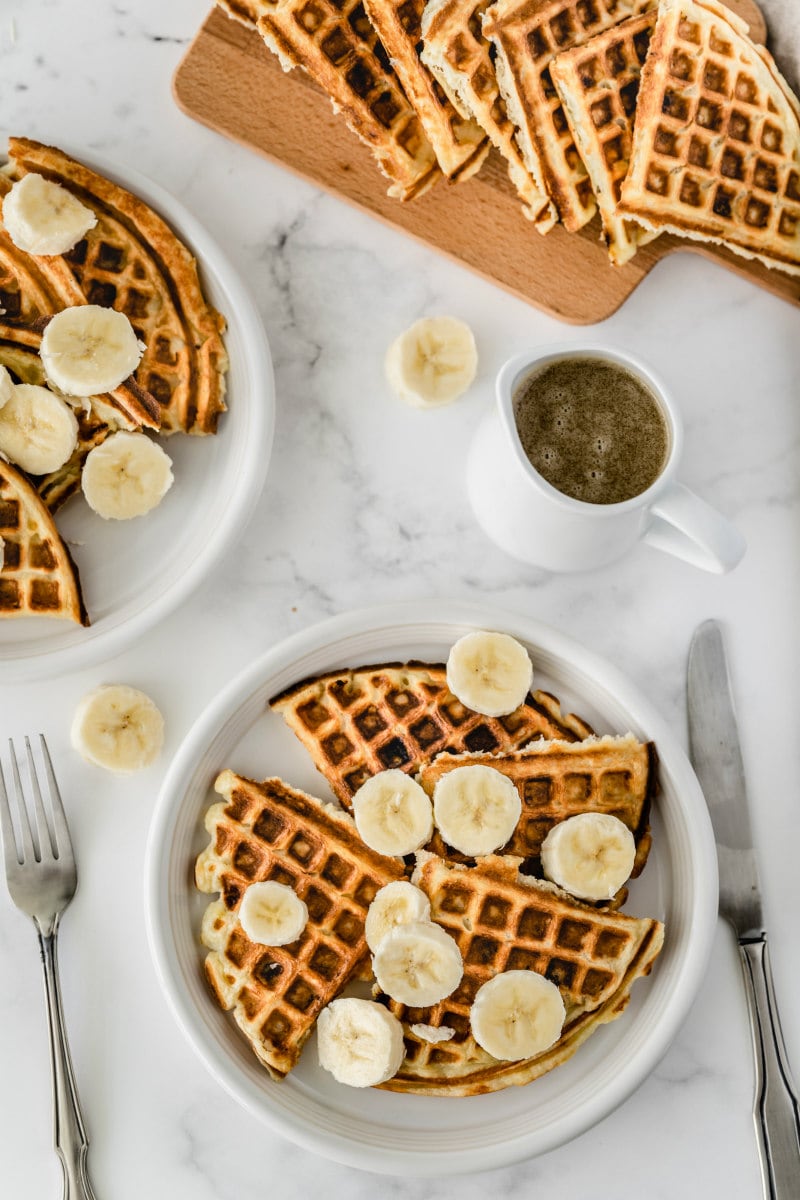 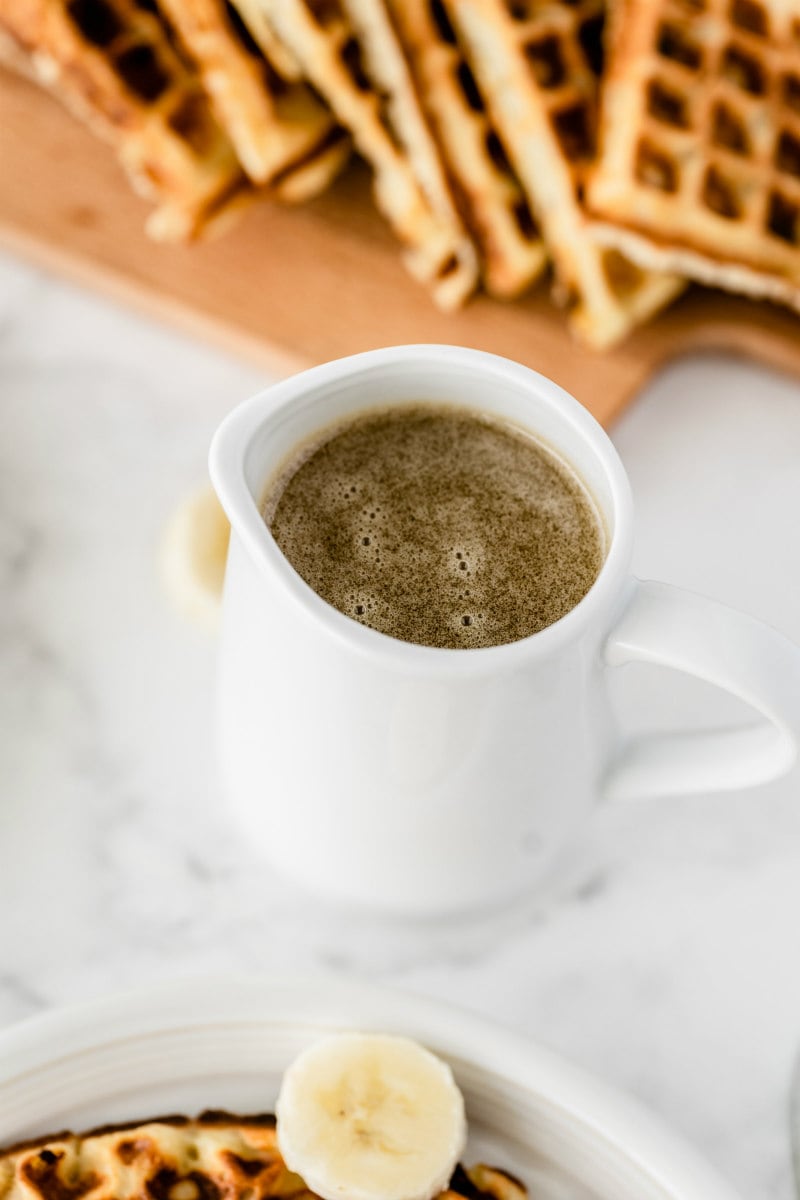 How to make some special syrup:

You can certainly use regular maple syrup for your waffles. But in this recipe, I’m sharing a way to jazz up plain old syrup to make it more fabulous. You’ll warm up equal parts of syrup and honey in a small pan (or microwave), and add a little butter to it too. It makes a delicious maple- honey syrup that is fabulous with the waffles. 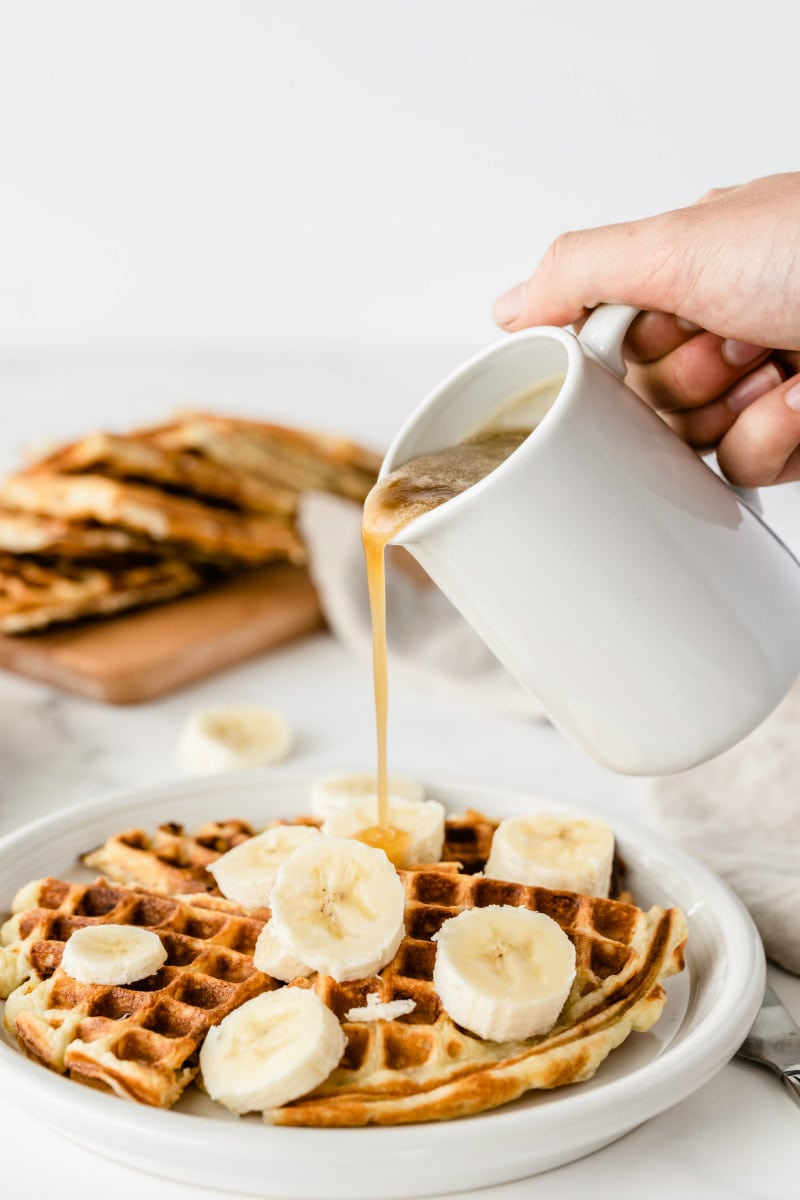 Can you substitute something for the sour cream?

Yes! If you don’t have sour cream around, you can substitute plain Greek yogurt for the sour cream to get similar results. One of my readers also suggested using cream cheese instead of sour cream. She said her waffles turned out amazing- like restaurant style waffles. I’ve gotta try that!

Think of these Banana Sour Cream Waffles as similar to “banana bread waffles.” The ripe banana added into the batter gives it that awesome banana bread flavor. They are crisp on the outside- just as a good waffle should be. 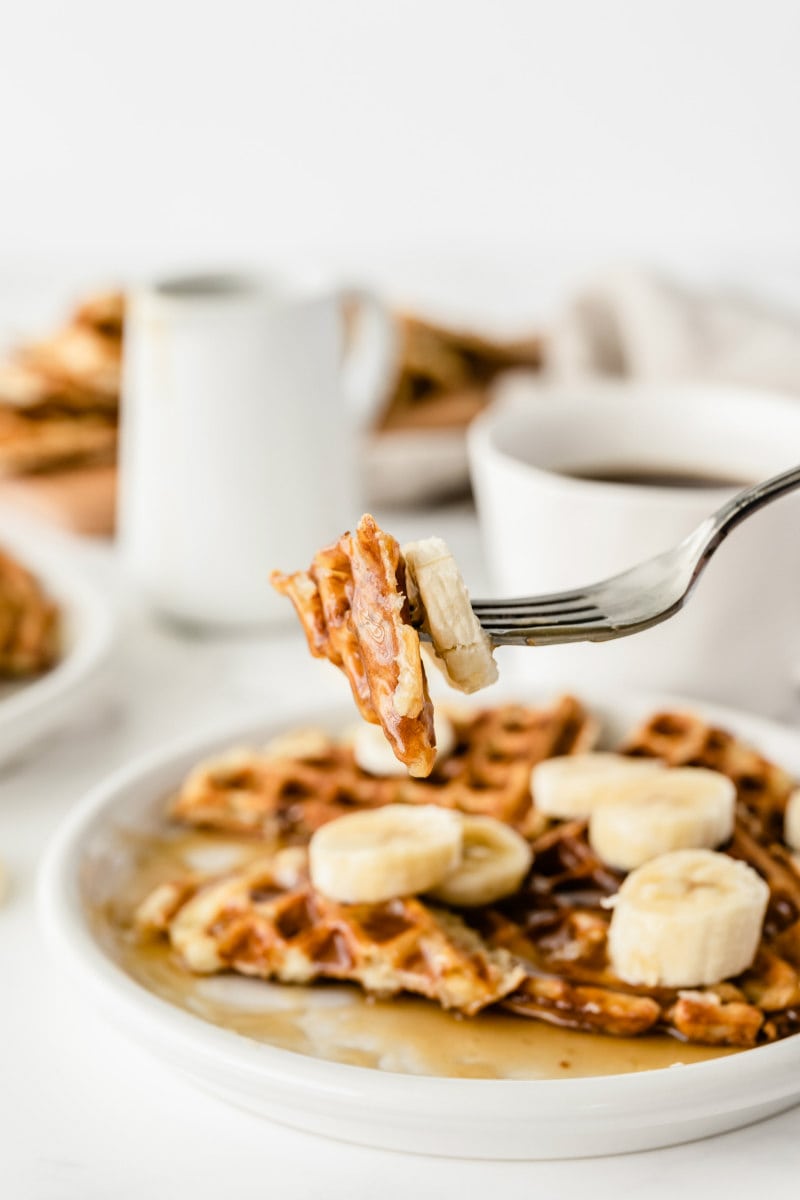 Make your family happy this weekend with these delicious Banana Sour Cream Waffles. They’re such a perfect breakfast treat. Enjoy! 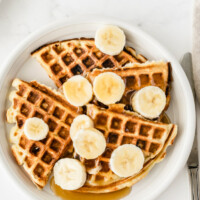 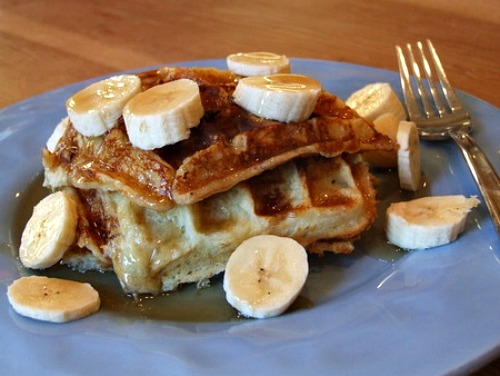