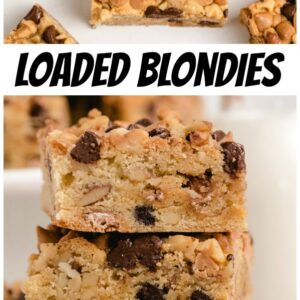 These Loaded Blondies are the best blondie recipe! 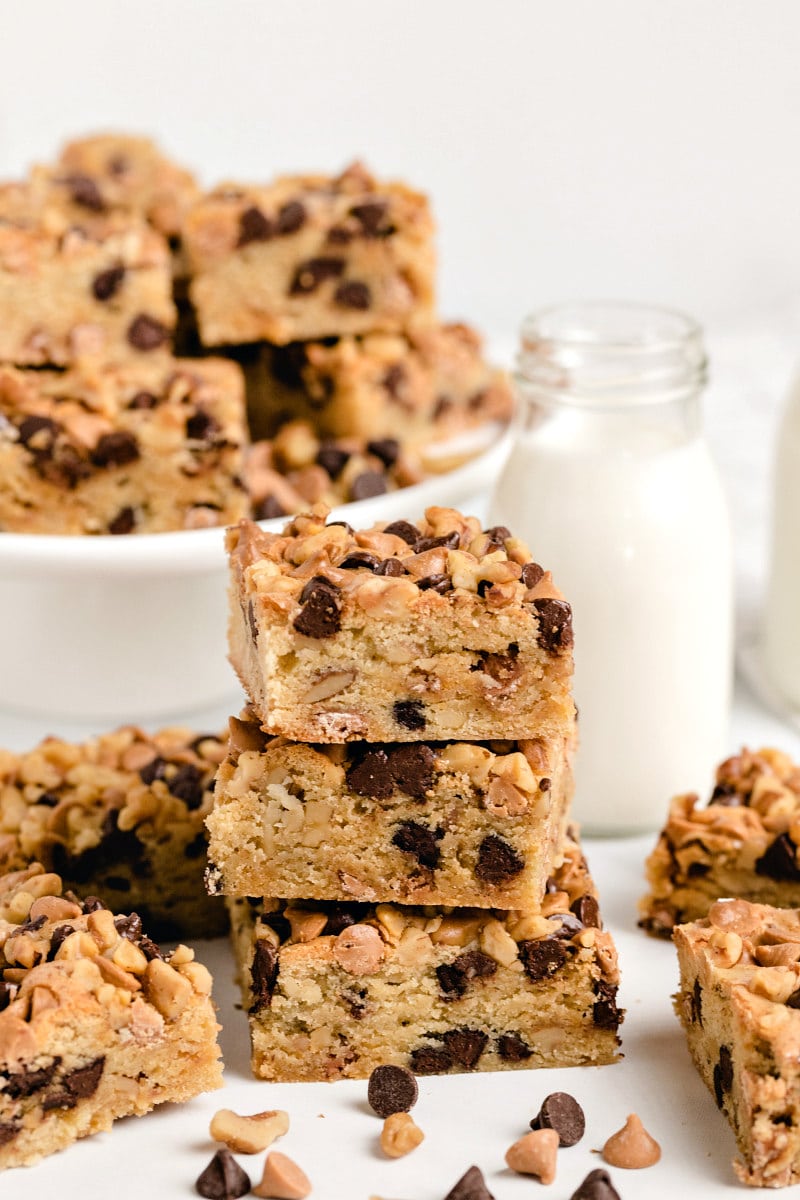 I first made these loaded brownies quite a few years back when I had picked up The Greyston Bakery Cookbook by Sarah Kate Gillingham Ryan. I love bakery cookbooks because they are sharing the best bakery-quality recipes! In the book, they were called The Great Blondie. I thought it would be more appropriate to call them loaded blondies because there are quite a few extra goodies added in. 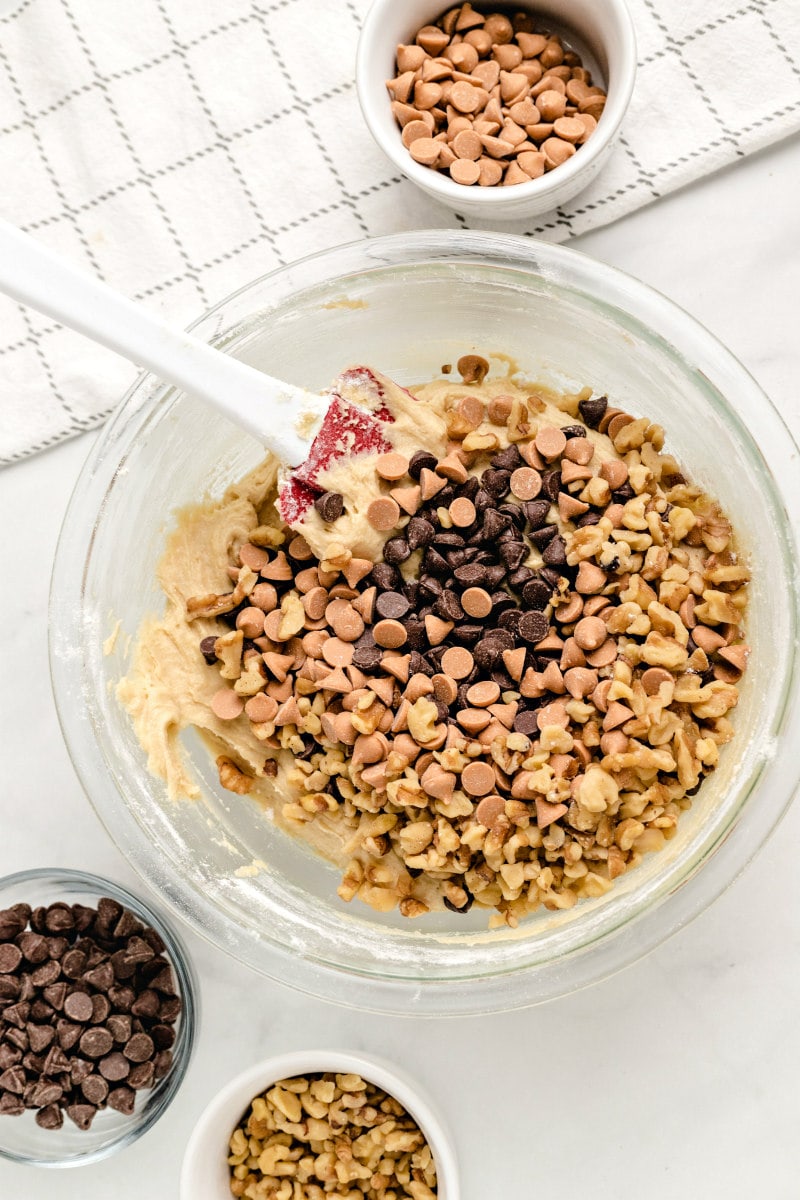 What makes these blondies loaded?

These super delicious blondies are loaded with chocolate chips, butterscotch chips and walnuts. If one of those ingredients doesn’t sound good to you, leave it out or substitute with something else. But I think they are perfect as the recipe is written! 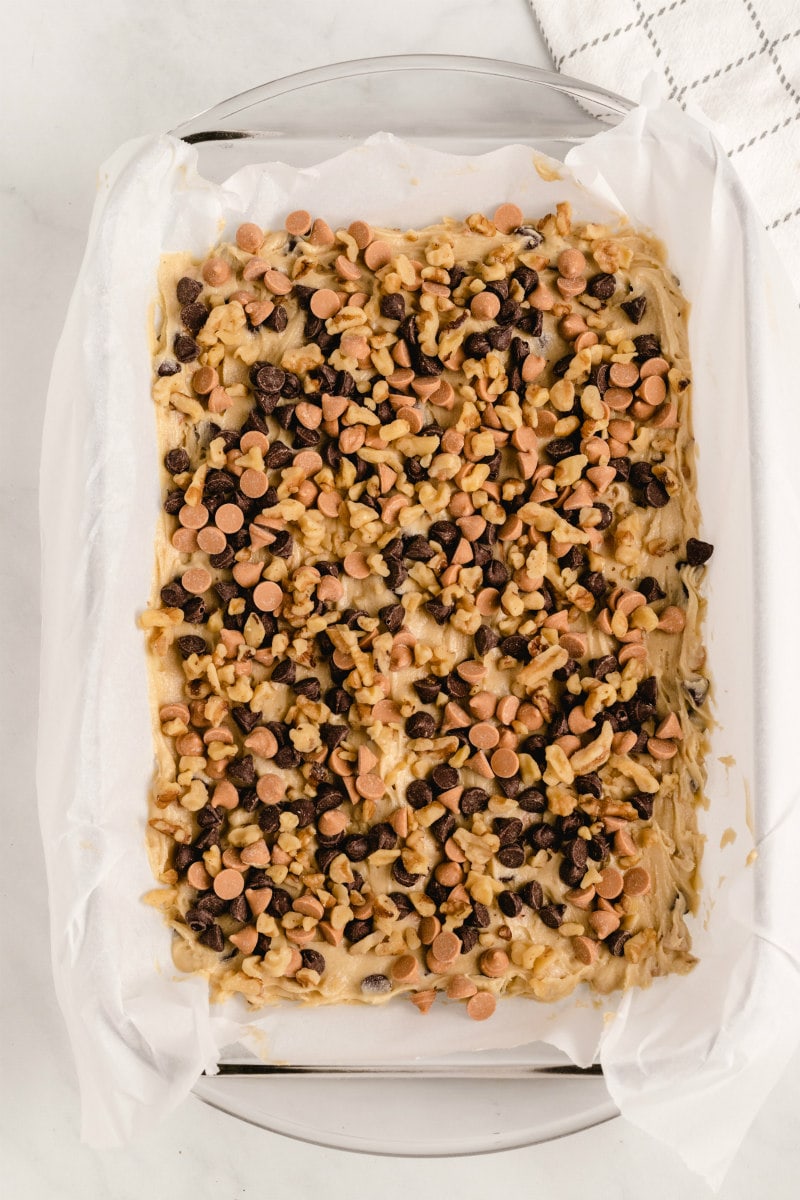 How to make Loaded Blondies:

This is a typical blondie recipe (otherwise known as blonde brownies) in the way it’s made. The batter will be thick. You’ll add in the chocolate and butterscotch chips and walnuts too. Then you’ll add more of all of those extras on top of the batter when you get ready to bake them. They’re baked in a 9×13-inch pan, which means you’ll have plenty to share! 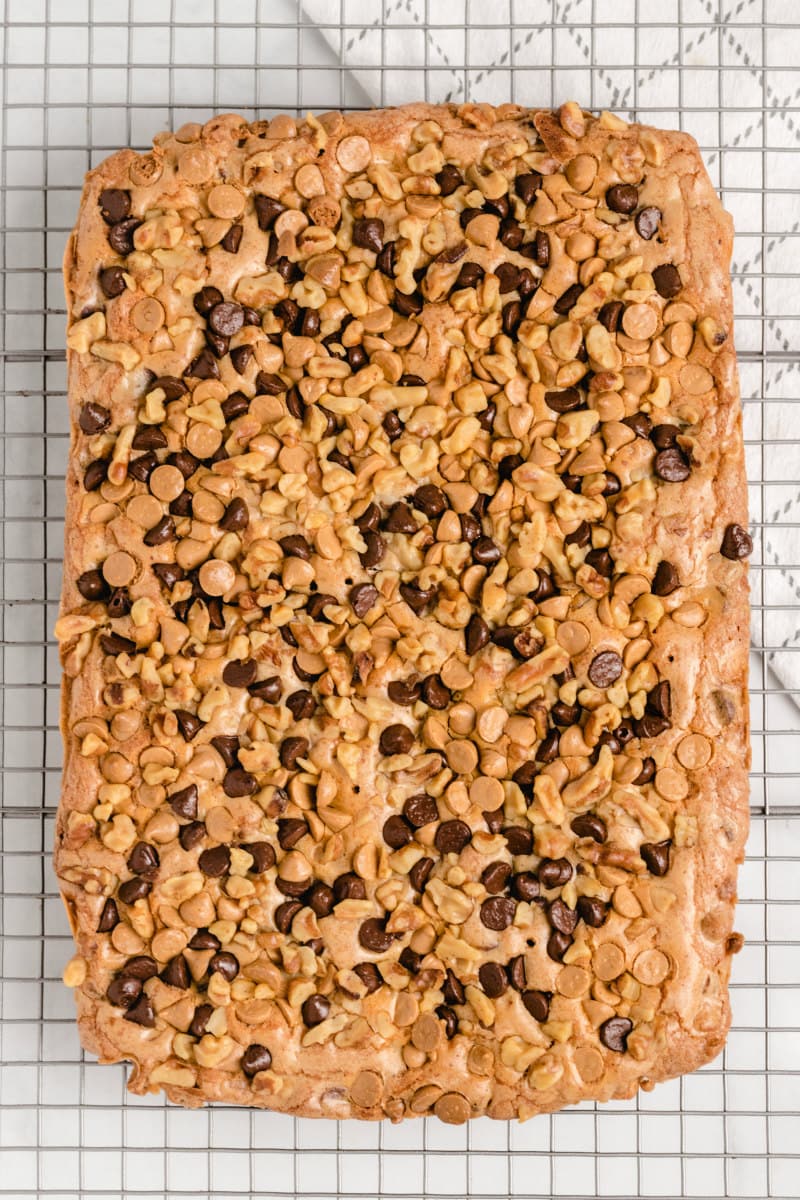 Because you will line your baking dish with parchment paper, it will be easy to transfer the slab of loaded blondies to a cooling rack. Though I suggest you let them cool quite well before you attempt to lift them out of the pan. You don’t want them to break apart because they’re too warm. 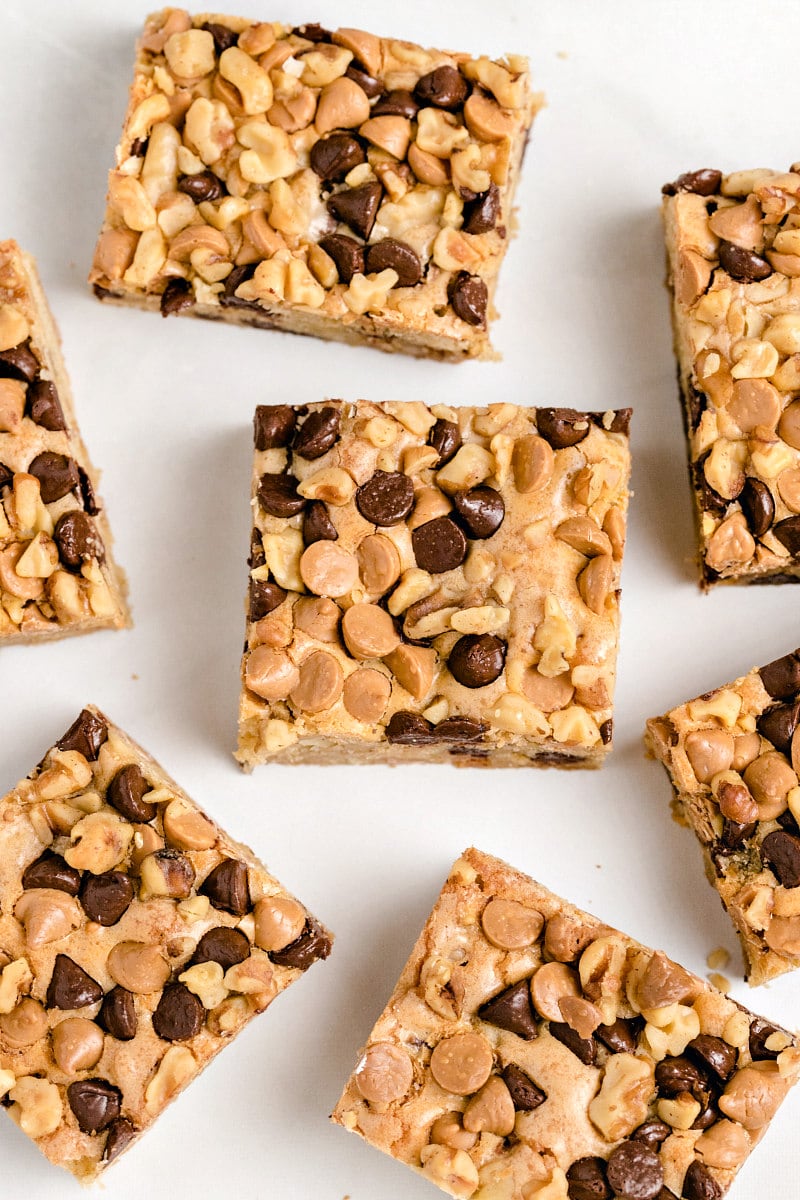 How to slice and store blondies:

Put your slab of loaded blondies on a cutting board and take the largest knife you have and press down to cut the slab into rows. Then you can cut each row into pieces. Make them as small or as large as you’d like. Blondies are just fine kept in a sealed container at room temperature for a few days. If you’d like to freeze them and enjoy them later, just make sure they are stored in a well sealed container. They will be good for 2 to 3 months in the freezer. Let them defrost at room temperature before serving. 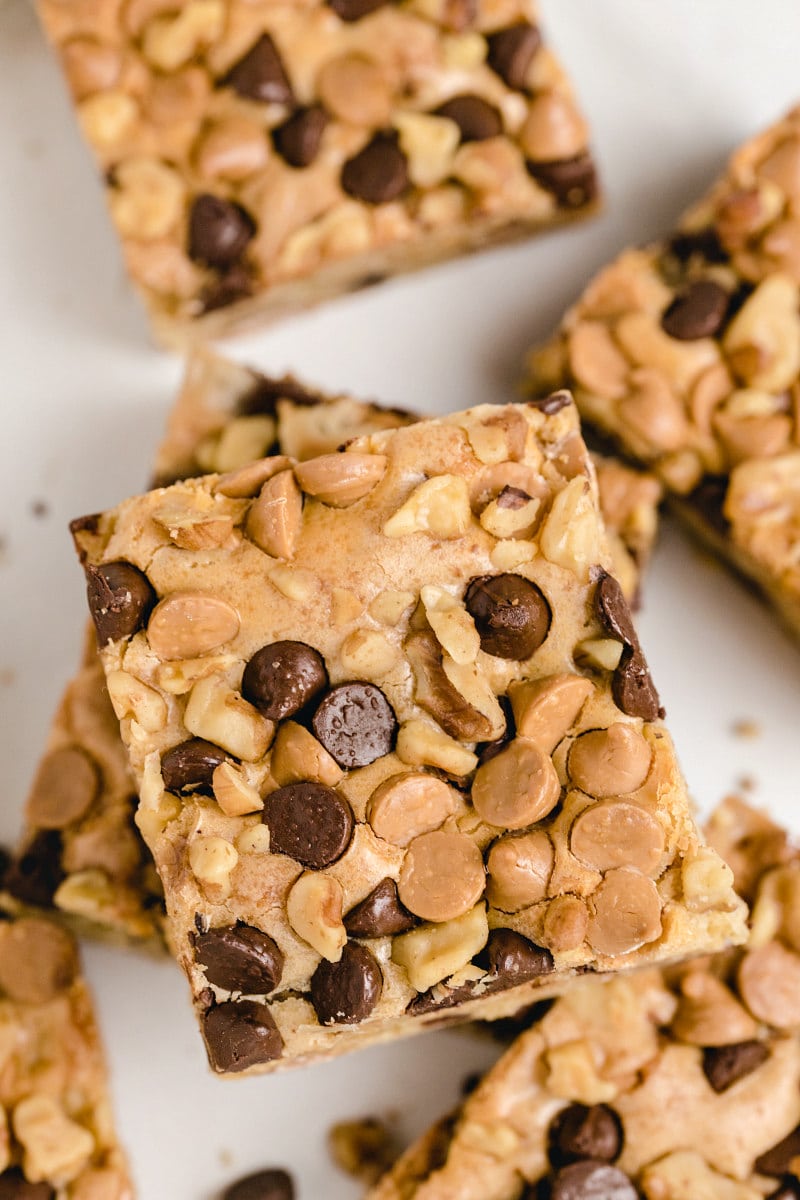 If you’re looking for something new to bake, you should definitely give these blondies a shot. They are beyond fabulous. I tend to not like walnuts very much, wanting to stay true to the original recipe, I put them in anyways.  They are wonderful in there, and they don’t overpower any of the flavors in the blondies. I LOVE these Loaded Blondies.  I hope you do too. Enjoy! 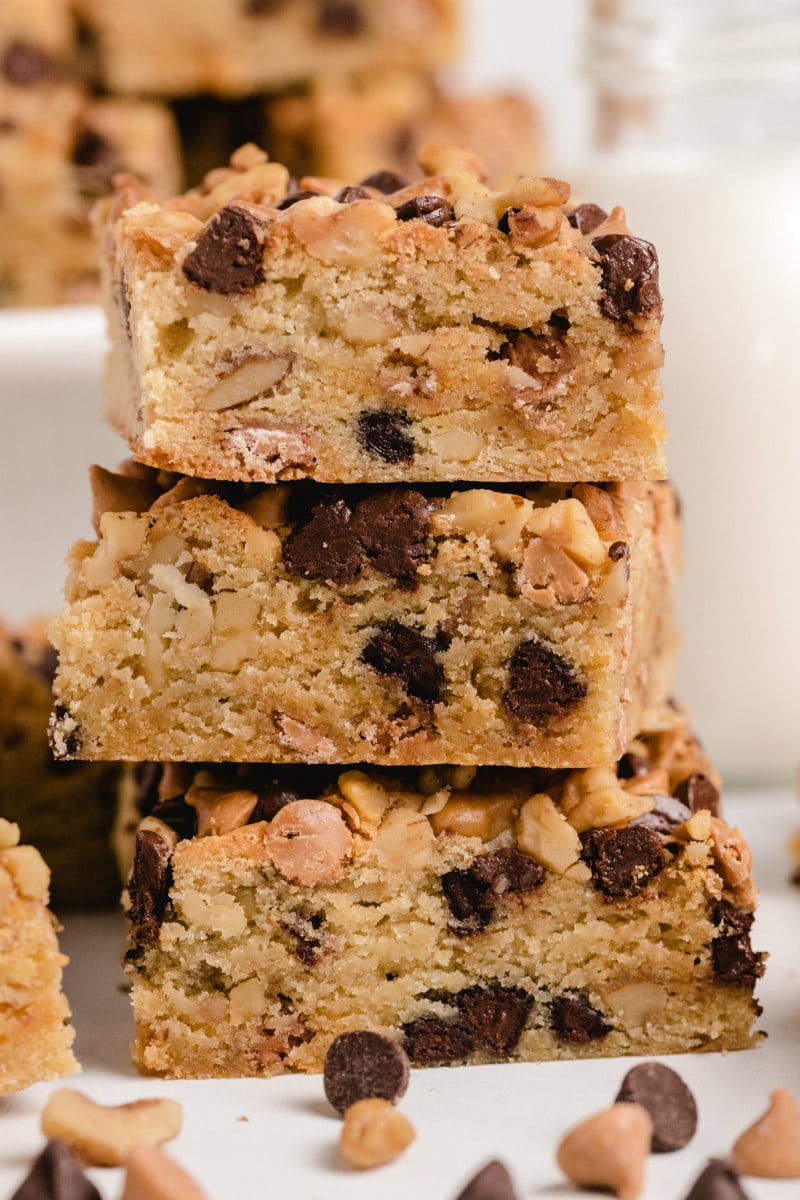 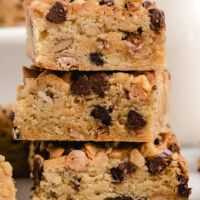 Print Pin Save Saved!
3 from 1 vote

These blondies are loaded with all kinds of extras!