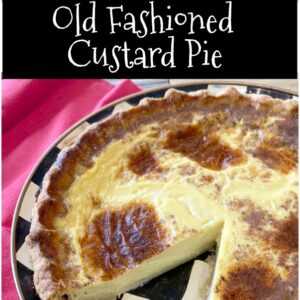 Old Fashioned Custard Pie is a recipe that you need to have in your pie recipe collection. It’s a classic favorite. 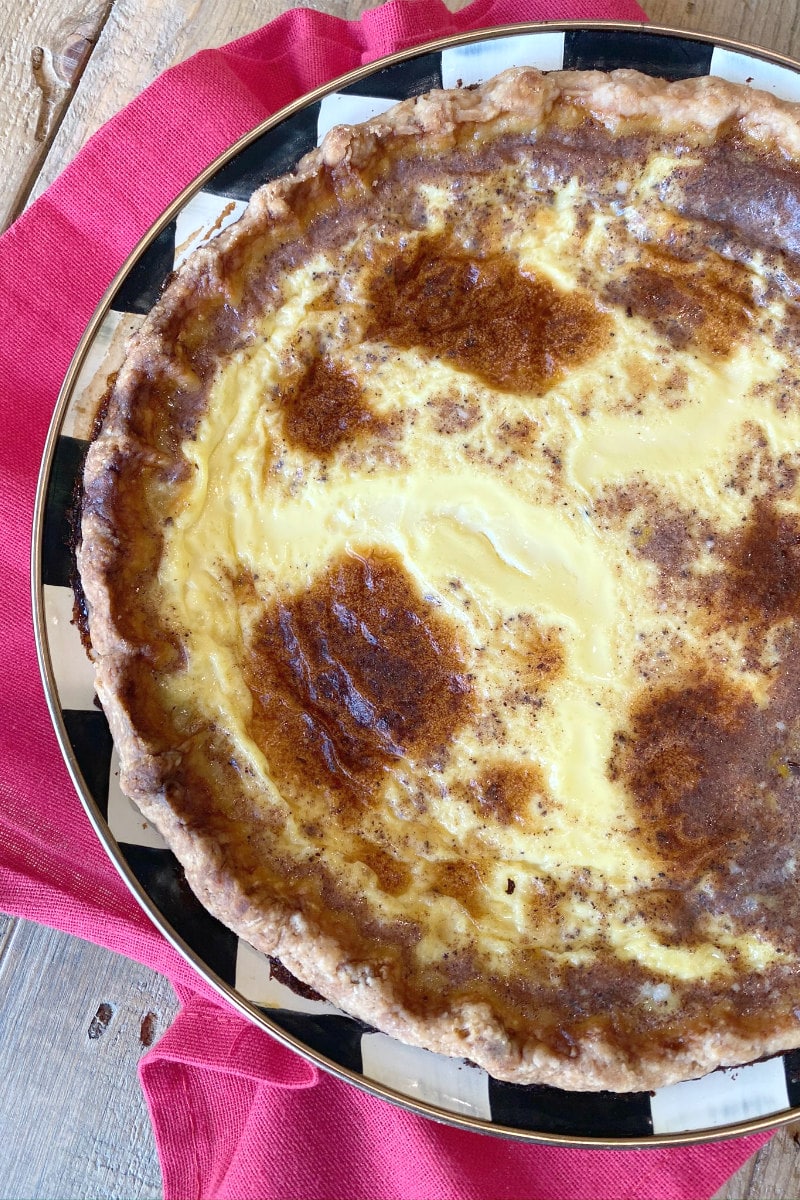 Custard pie is a super easy pie recipe to make. There are only a handful of simple ingredients, and it’s very easy to put together. There are a lot of people who enjoy a good, classic custard pie, and that’s what this one is.  Old Fashioned Custard Pie has been around a long time– and for good reason! It’s a keeper. 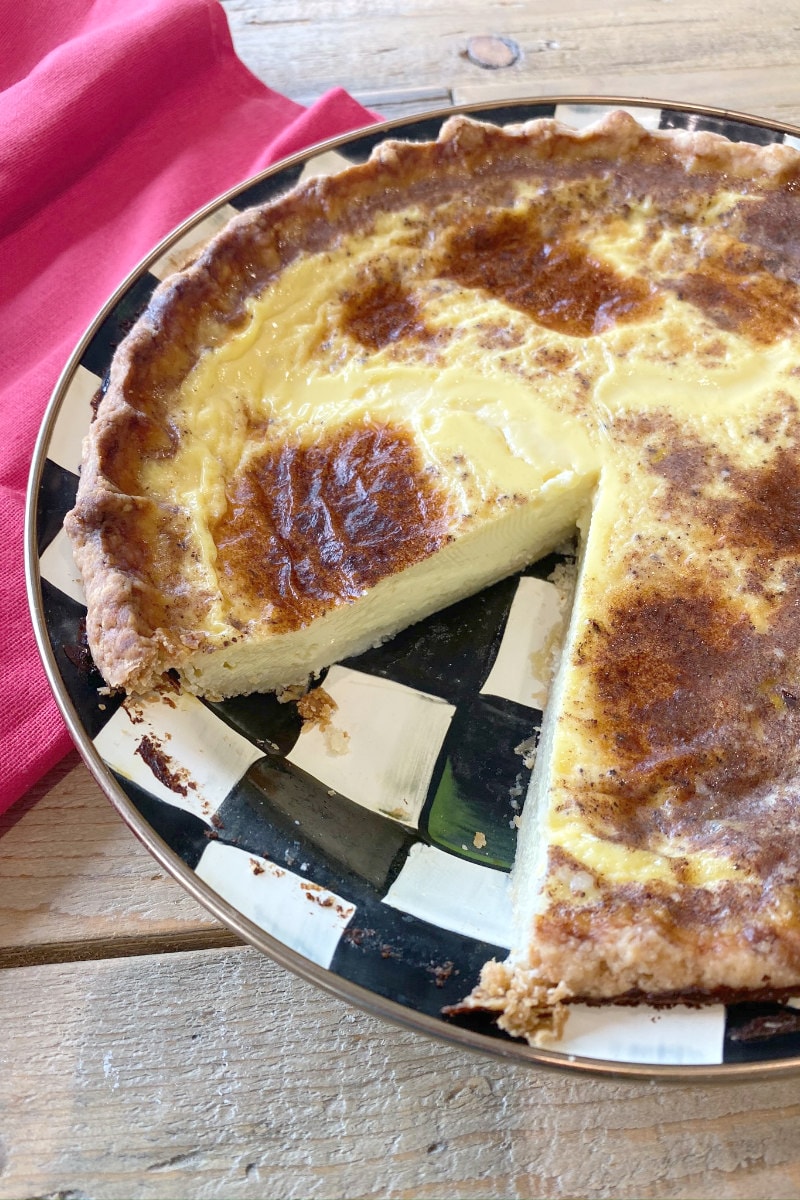 A custard pie is characterized as any type of uncooked custard filling combined with a pre-baked crust, and then baked together. The inclusion of a large number of eggs in a custard pie recipe means that it’s a very rich pie. Buttermilk pie, pumpkin pie, chess pie and lemon pie are all considered to be different varieties of custard pie.

Ancient Romans were the first to discover how eggs work as a binding product in baking. So custard pies and tarts began to appear during the Middle Ages. And of course, they’re very popular today! 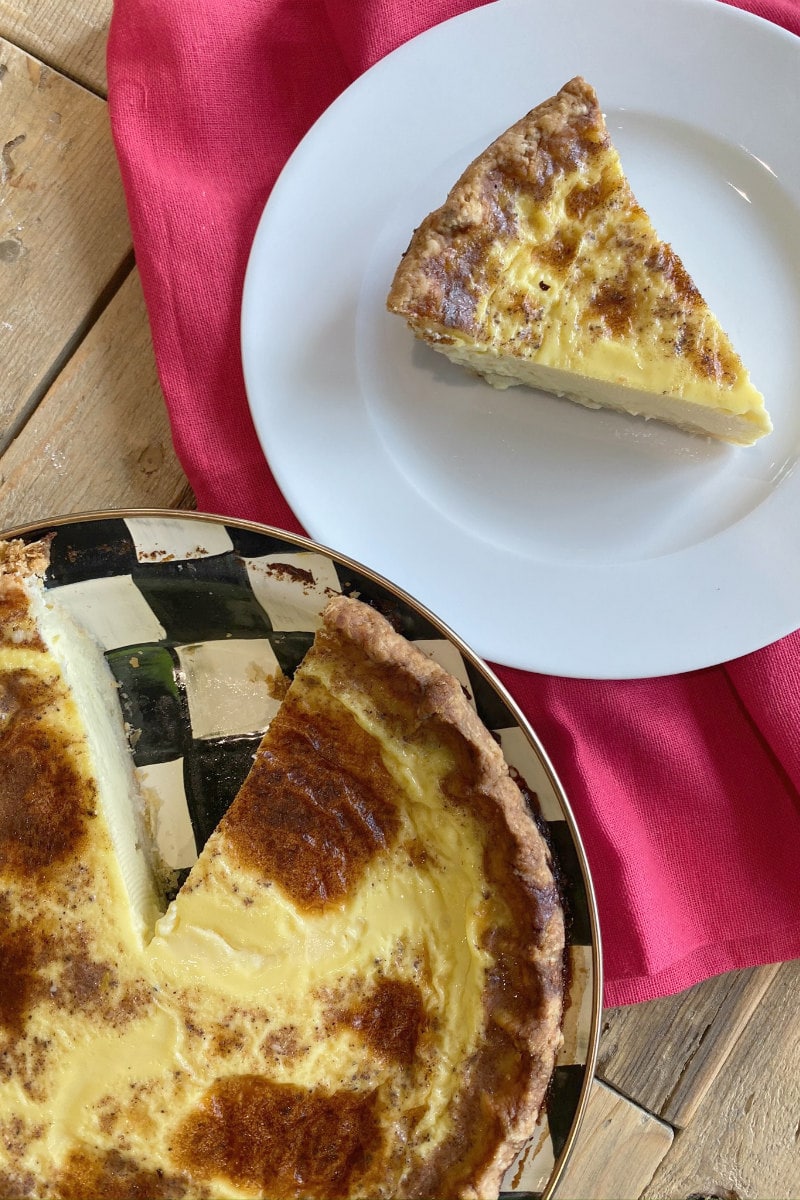 How to make an Old Fashioned Custard Pie:

This recipe begins with the crust. You can use a store-bought single pie crust for this (I did), or you can make your own favorite homemade pie crust recipe. The pie crust is placed into the pan, edges crimped and then refrigerated until well-chilled. After chilling, the crust will be partially pre-baked. It’s super helpful to have PIE WEIGHTS since you will need them for holding down the crust while baking. You can also used dried beans or uncooked rice if you don’t want to invest in pie weights. I ordered four sets of pie weights this year for pie baking, and they have been so helpful. I use all four sets in one crust to keep it anchored down well while baking!

Meanwhile, you can get the ingredients for the custard filling ready. The filling is simply a combination of eggs, milk, sugar, nutmeg, cinnamon, vanilla and salt. That’s it.  Once those are whisked together, the filling is poured into the pre-baked crust, and then the custard and crust are baked together. 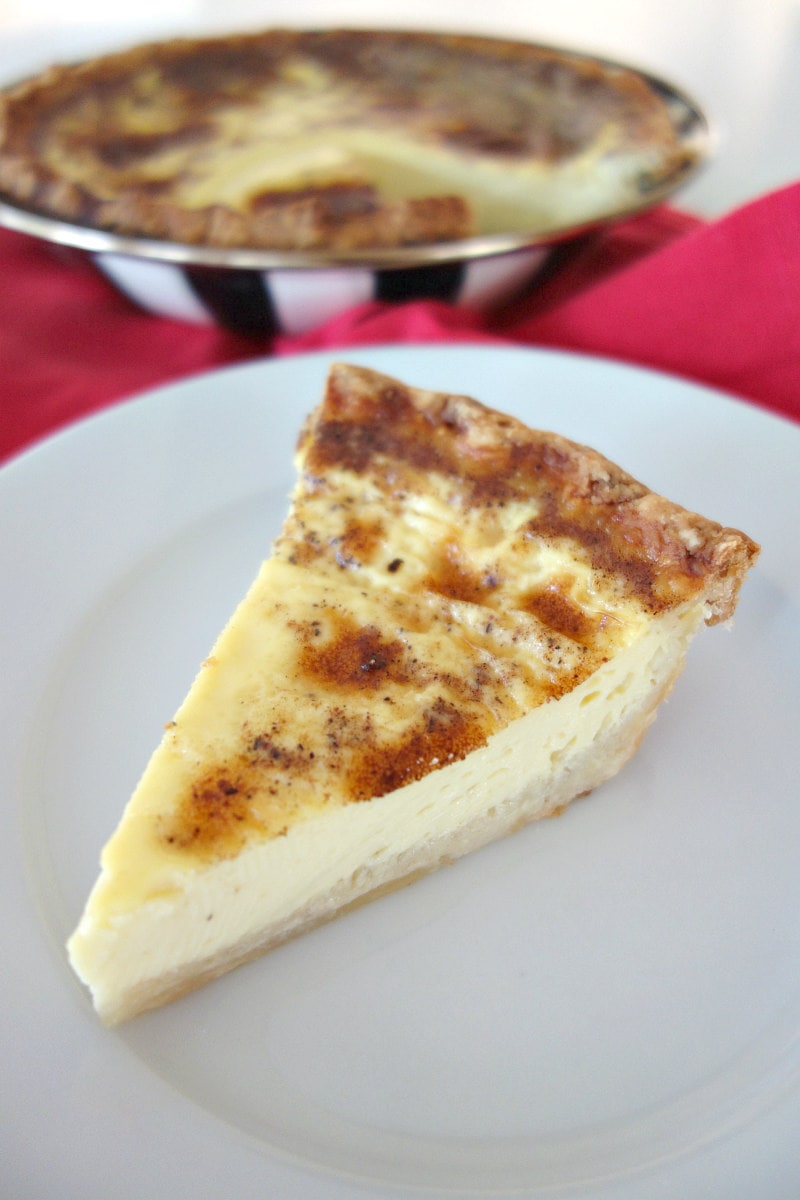 A good custard pie is fairly light and delicate, but it will be pretty firm in texture and will slice well. The texture is not creamy like a cream pie. Expect it to be more of a molded cream. The filling is held together tightly because of the eggs in the pie. The spices tend to float to the top. 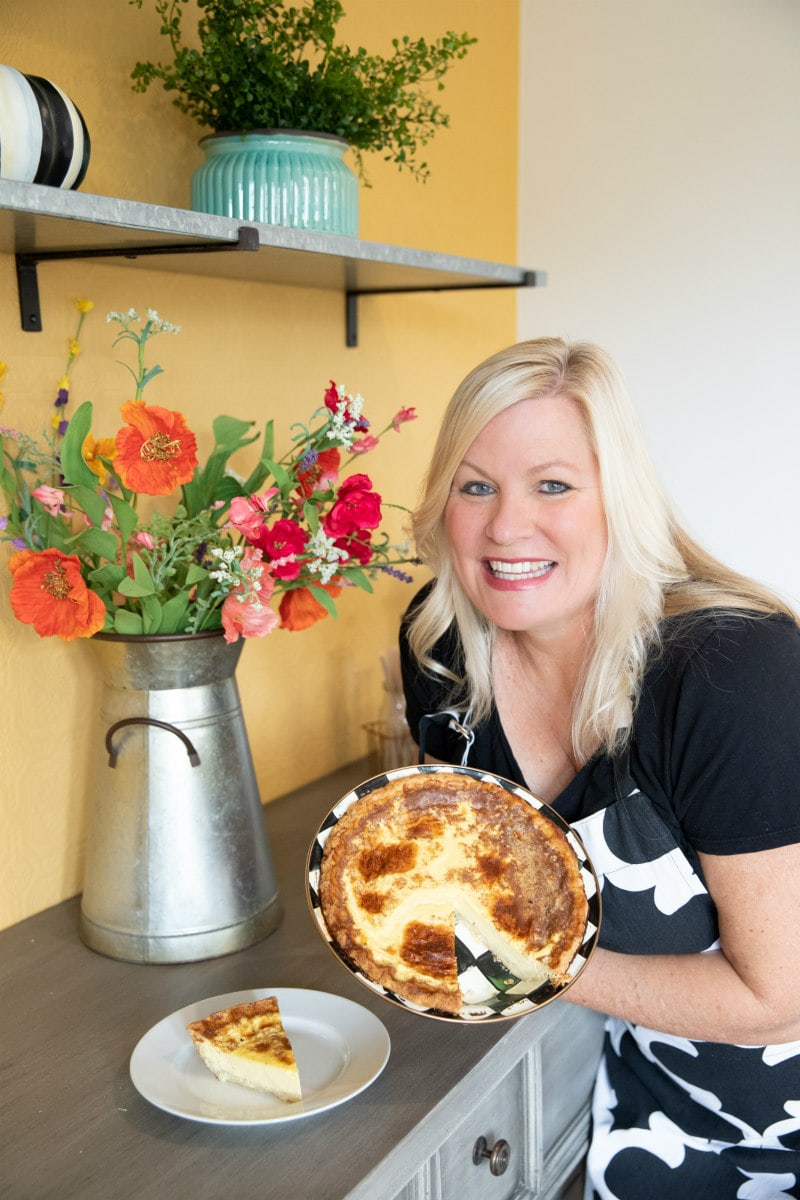 This pie is delicious any time of year, but it’s a great one to add to the holiday menu too.

NOTE: The pie plate I used in this post is from MacKenzie-Childs. It’s their Courtly Check Enamel Pie Plate (affiliate link). It was a gift from a friend, and I love it so much! I also have their Supper Club Pie Server– so cute! 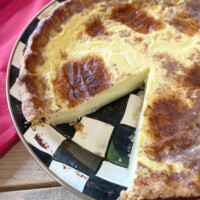 Print Pin Save Saved!
4 from 3 votes