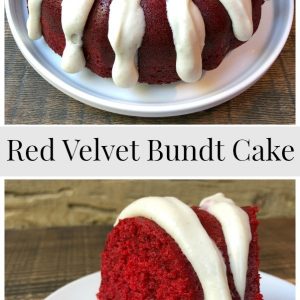 This Red Velvet Bundt Cake has a thick and delicious Cinnamon Cream Cheese Glaze.  Watch the video showing you how to make this cake, then scroll to the bottom of this post and print out the recipe so you can bake it at home. 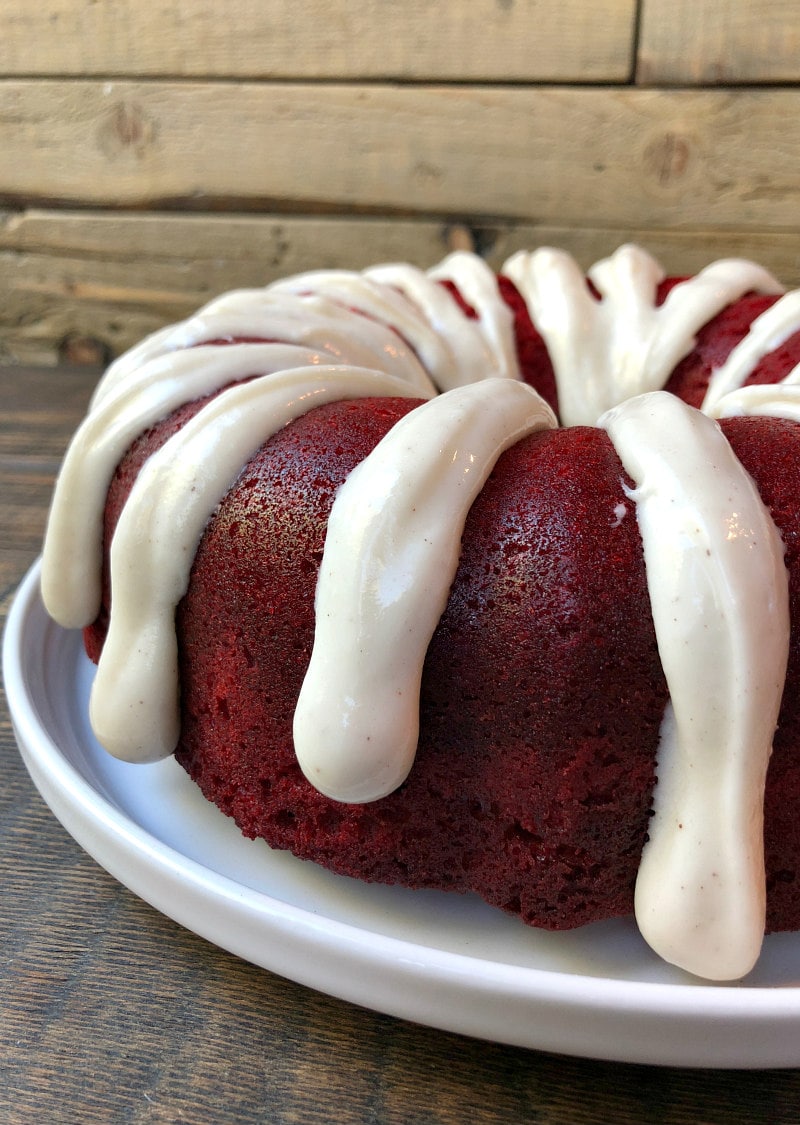 Are you a red velvet fan?  I mean really and truly a red velvet fan?  You’ll enjoy this Red Velvet Bundt Cake.  It’s red velvet to the max (you can reduce the coloring if you don’t want that much in there).  And it’s topped with a delicious glaze (frosting) that makes it reminiscent of those Nothing But Bundt Cakes that you see in the stores.

If you’re a red velvet afficionado, then you’re going to want to check out some of my other red velvet desserts too.  You simply must see my Red Velvet Cheesecake Cake.  This special cake has been made by loads of people, and it’s a big time favorite at my house.  It’s the kind of cake that you bake and serve, and people give you all kinds of ohhhs, and ahhhhs.  The recipe for that Red Velvet Cheesecake Cake was also published in my cookbook- The Recipe Girl Cookbook. 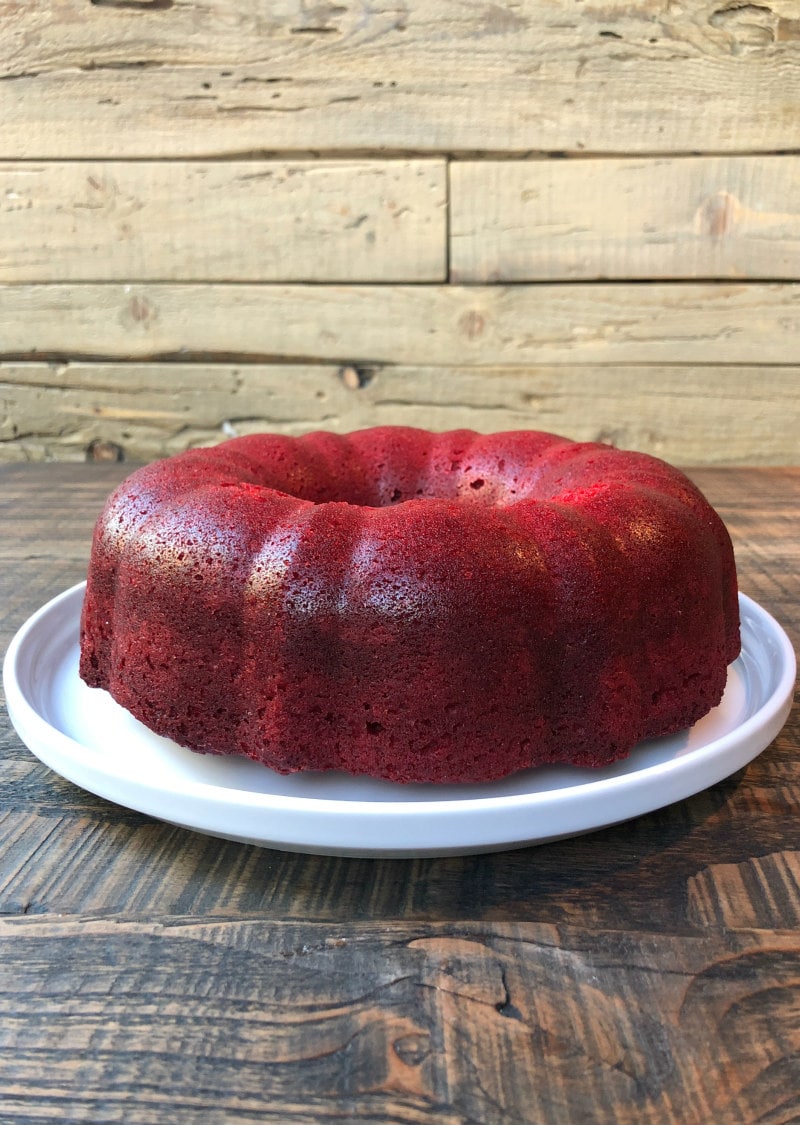 What is Red Velvet Cake?

Velvet cakes, in general, were thought to have been originated in the Victorian era.  “Velvet” was a term that was used to describe cakes that were a soft and velvety crumb cake.  A Red Velvet cake is red layer cake with a hint of chocolate in it and cream cheese frosting.  Devils Food Cake was introduced around the same time as red velvet.  The difference between the two: Devils Food cake recipes call for chocolate and Red Velvet cake recipes call for cocoa (and red food color, of course). 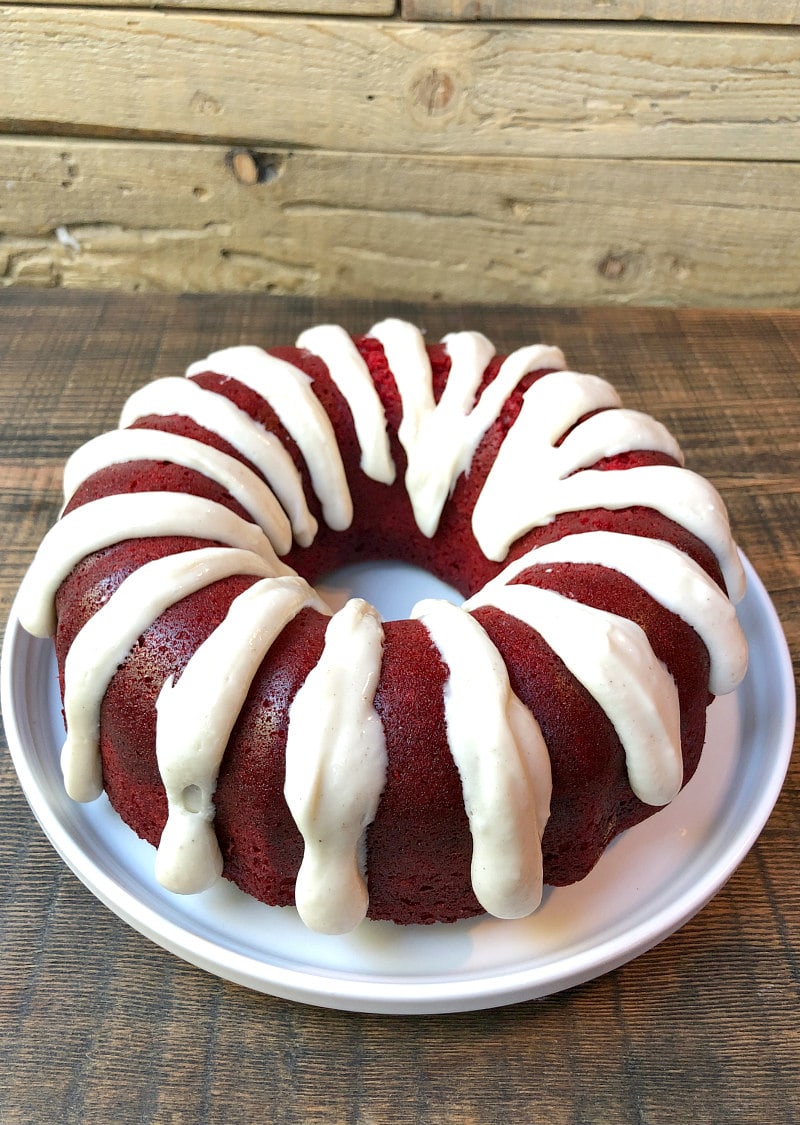 Let’s talk about the frosting for this Red Velvet Bundt Cake for a minute.  Red Velvet Cake recipes typically are smothered in a good cream cheese frosting.  It’s rather difficult to “frost” a bundt cake, so with this frosting we simple drizzle thick layers down the sides to get a good portion of frosting in each slice, and because of that we call it a “glaze.”  It’s flavored with a little bit of cinnamon to make it extra delicious! 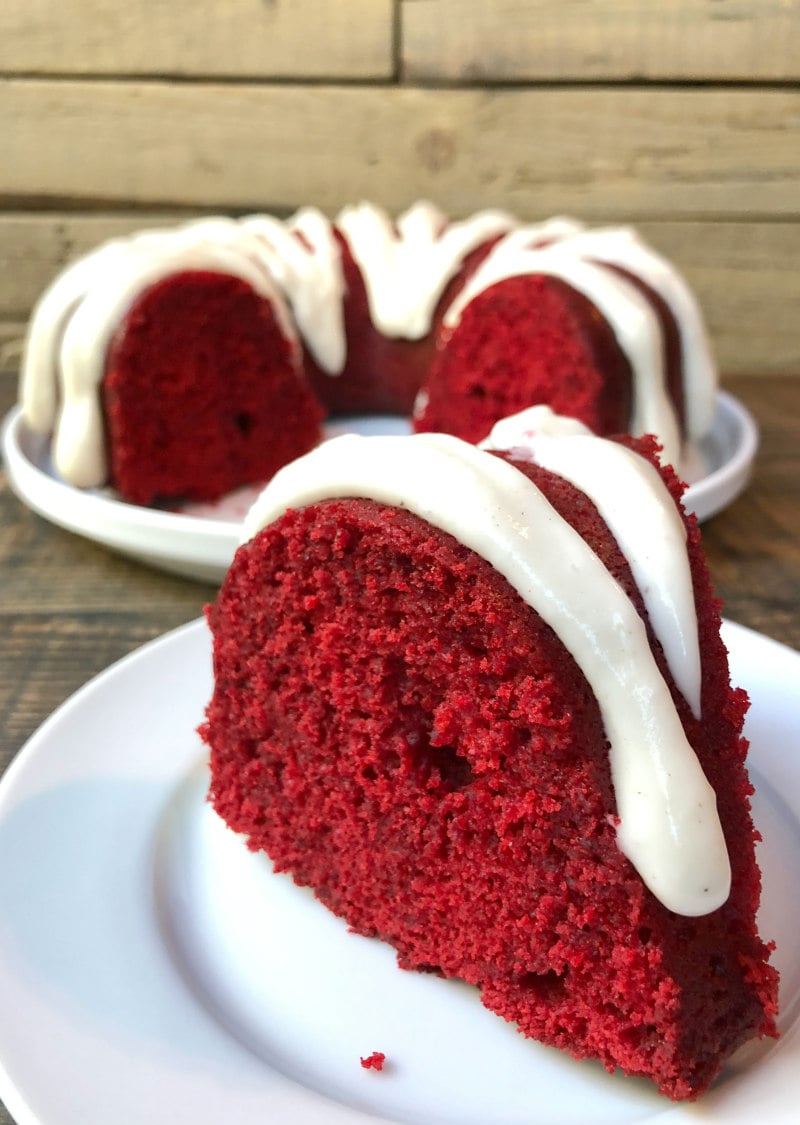 What’s the best kind of bundt cake pan to buy?

If you just want the classic kind of bundt cake pan that turns out a cake just like the one pictured, then pick up this Cuisinart Nonstick Bundt Cake Pan.  It’s pretty cheap, and it works for all classic bundt cake recipes.  My favorite bundt cake pan for a more fancy look is this Nordic Ware Heritage Bundt Pan.  It’s so incredibly pretty, and the cakes made in this pan slide right out and have perfect edges! 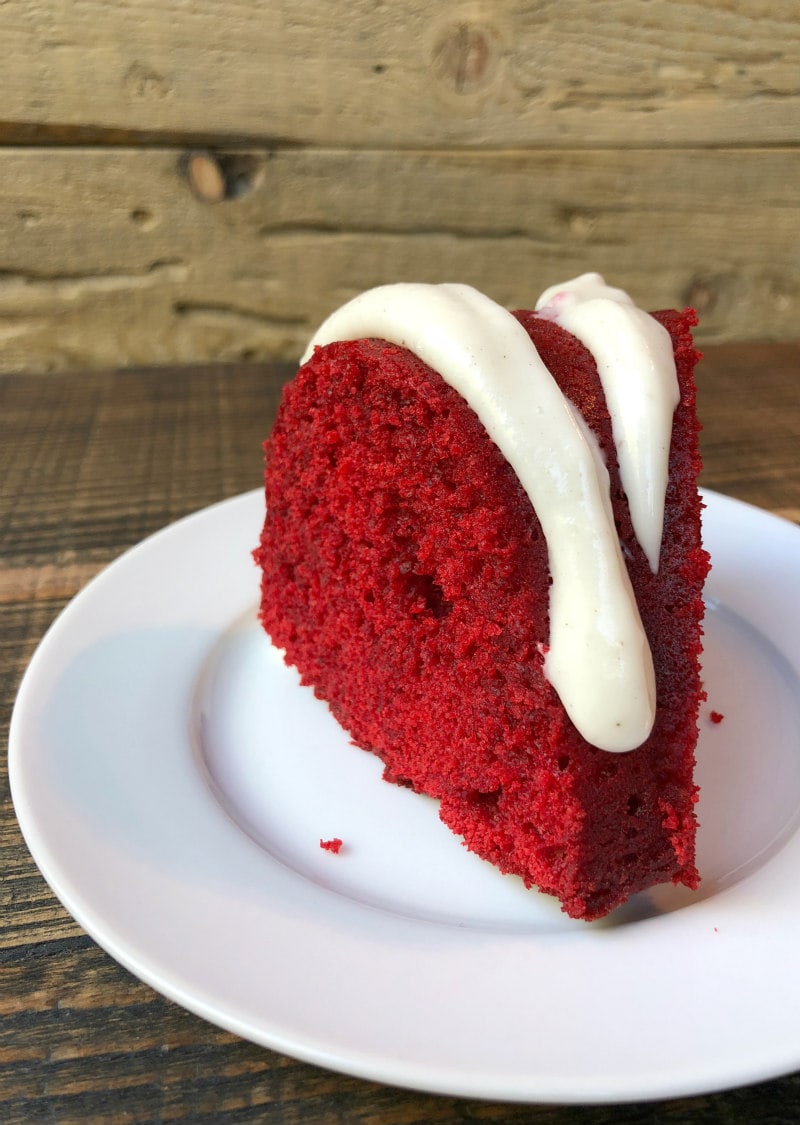 Do you have to add food coloring?

Well, yes.  In order to make it look truly like a Red Velvet Bundt Cake that is really red, you must add food coloring.  You can also use red gel paste (found in craft or baking supply stores) instead.  And if you have options for coloring this cake red without using red food coloring, then by all means feel free to try that (and let us know in the comments what you did). 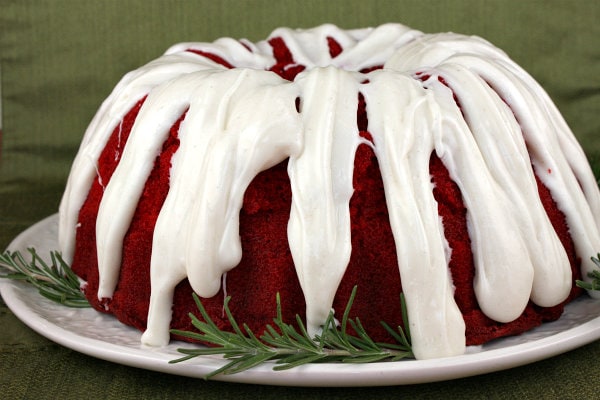 This Red Velvet Bundt Cake is a pretty cake for the Christmas holiday season, and it’s a good one for Valentine’s Day too.  We happen to enjoy it all year long though! 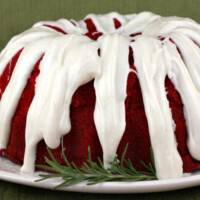 Print Pin Save Saved!
5 from 5 votes

This Red Velvet Bundt Cake is covered with a thick and delicious Cinnamon Cream Cheese Glaze.