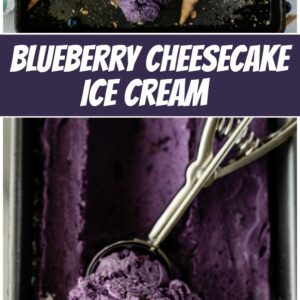 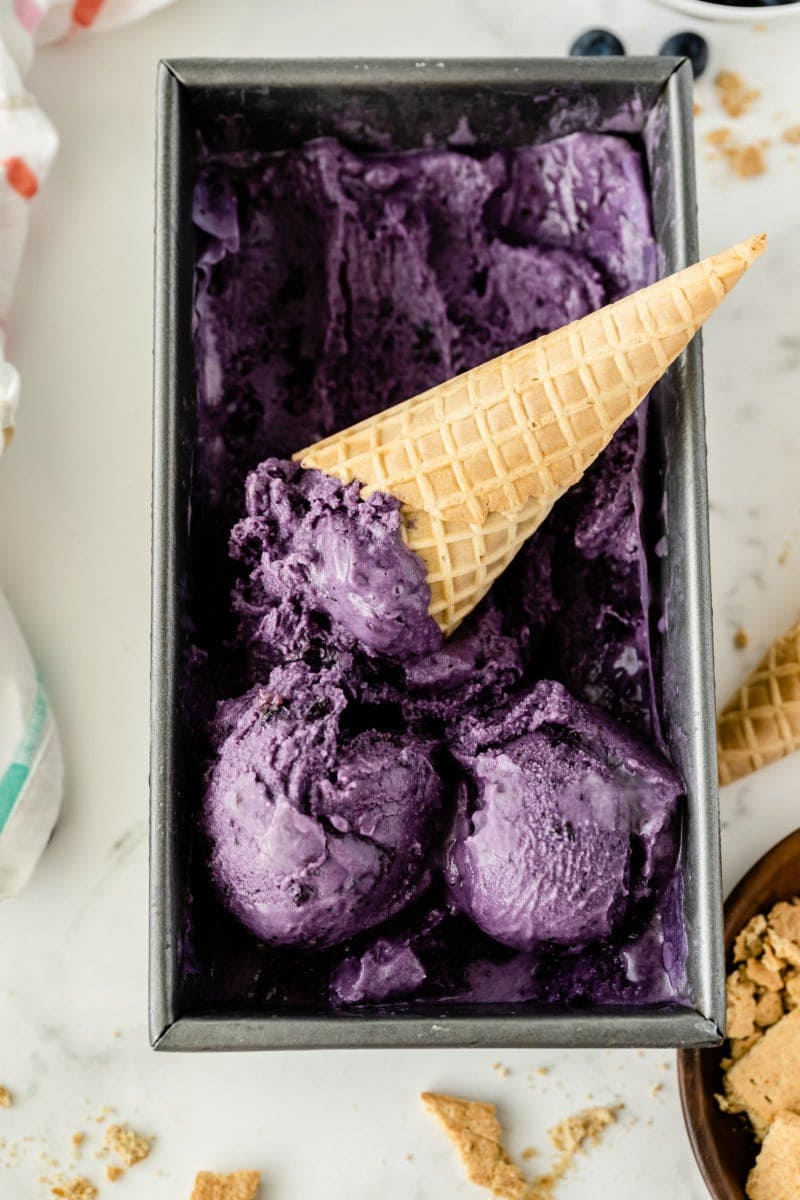 This fruit-flavored, cheesecake lovers ice cream is incredibly good. The recipe was published in Cooking Light magazine a long time ago. I often mess with the ingredients to make it a little more rich. But this recipe is so delicious as it is. It’s time to make some Blueberry Cheesecake Ice Cream for dessert this summer!

Yes, you need an ice cream maker to make this blueberry cheesecake ice cream. And if you’re thinking that you might not use it that much, think again! Once you’ve made homemade ice cream once, you’ll want to make if often. I have the Cuisinart Ice Cream Maker, and it’s the best! 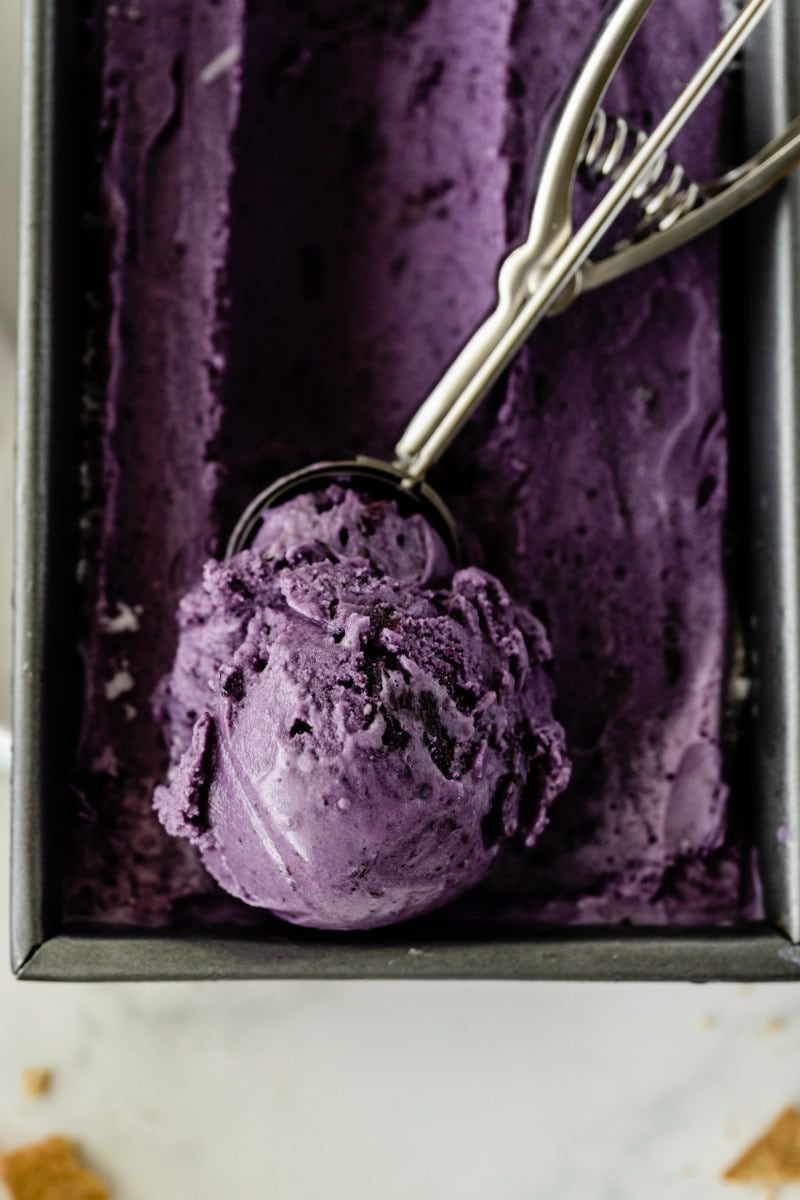 There was a fun comment left on this ice cream recipe the first time it published back in 2007.

My friend Mary and I made this Blueberry Cheesecake Ice Cream for an Ice Cream Crank-off at the Vanderburgh County Fair in Indiana. There were 17 entries. The judges gave us a 100% which is unheard off. One thing that helped was we used twice as much whipped cream cheese and strained the mixture after it was cooked. We used canned blueberry pie filling. We won the first place trophy and the peoples choice award. So much fun and so delicious. I put the recipe on a handout and printed this site as where we got it. Like to give credit where credit is due. Thank you so much. By the way, we are both Navy Moms because our boys are in the Navy. We wore our Navy Mom t-shirts and called the ice cream “Navy Blue-Berry Cheesecake Ice Cream”. 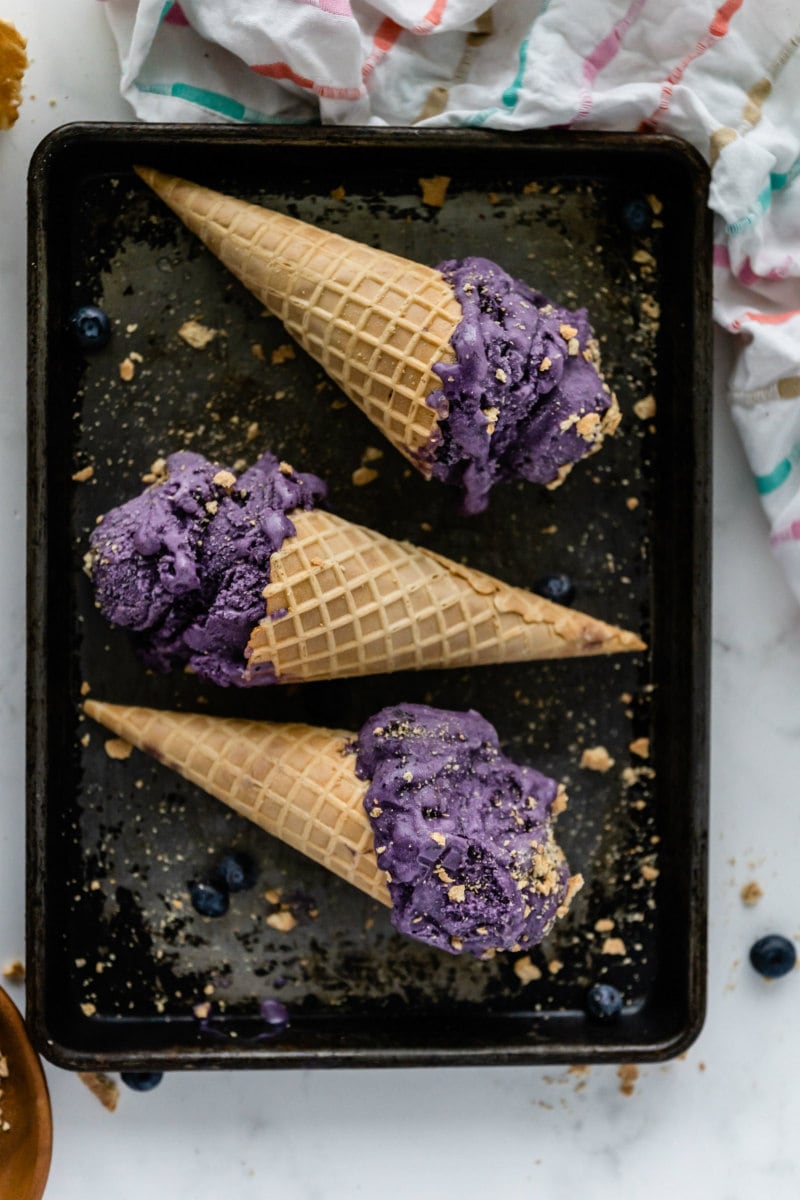 How to serve this ice cream:

Of course, it’s fun to serve Blueberry Cheesecake Ice Cream on top of ice cream cones. Sprinkle it with graham cracker crumbs to get that full effect of being like cheesecake. Don’t wear a white shirt. 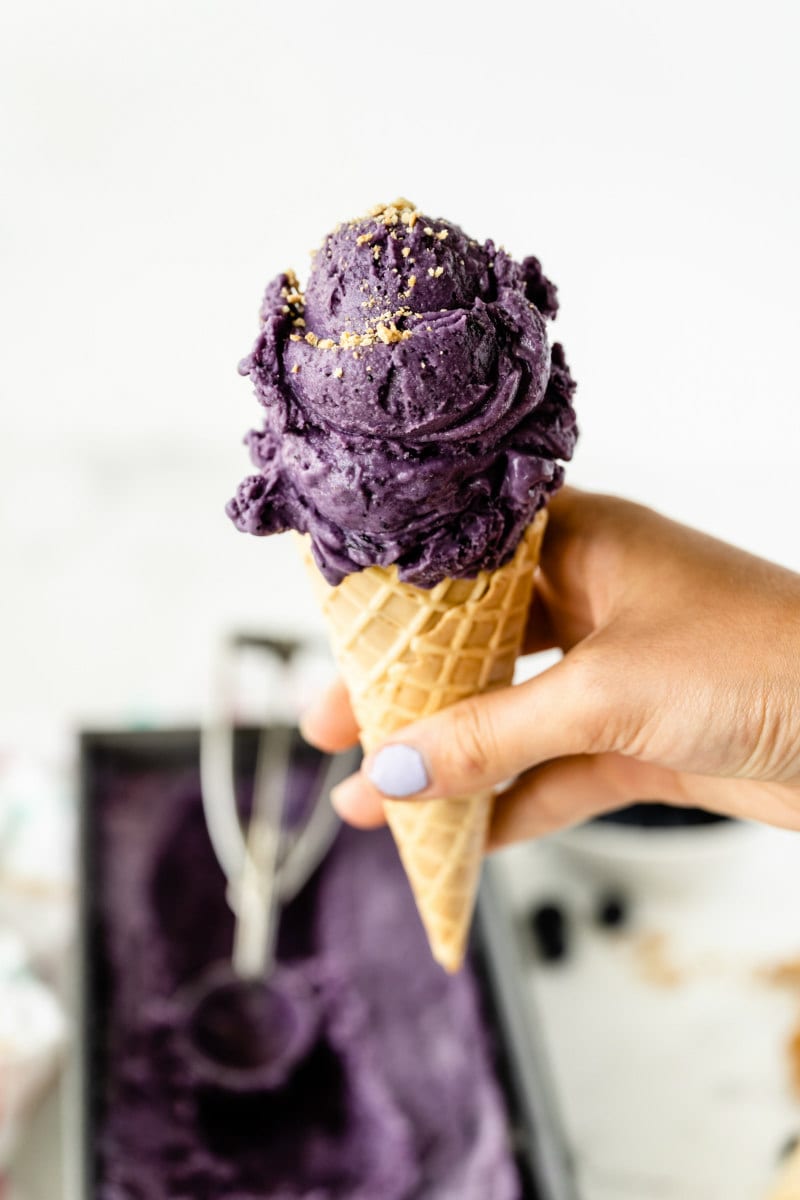 This ice cream is delicious. But it’s important to know that this isn’t a super rich and decadent ice cream as it’s a lightened up version. It’s not made with heavy cream, and there is a limited amount of light cream cheese. If you want to make it super rich, use whole milk or half and half in place of the 2% milk. And use heavy cream instead of half and half. Use a full 8-ounces of cream cheese, if you’d like too. That should do it if you want a more decadent version of blueberry cheesecake ice cream! 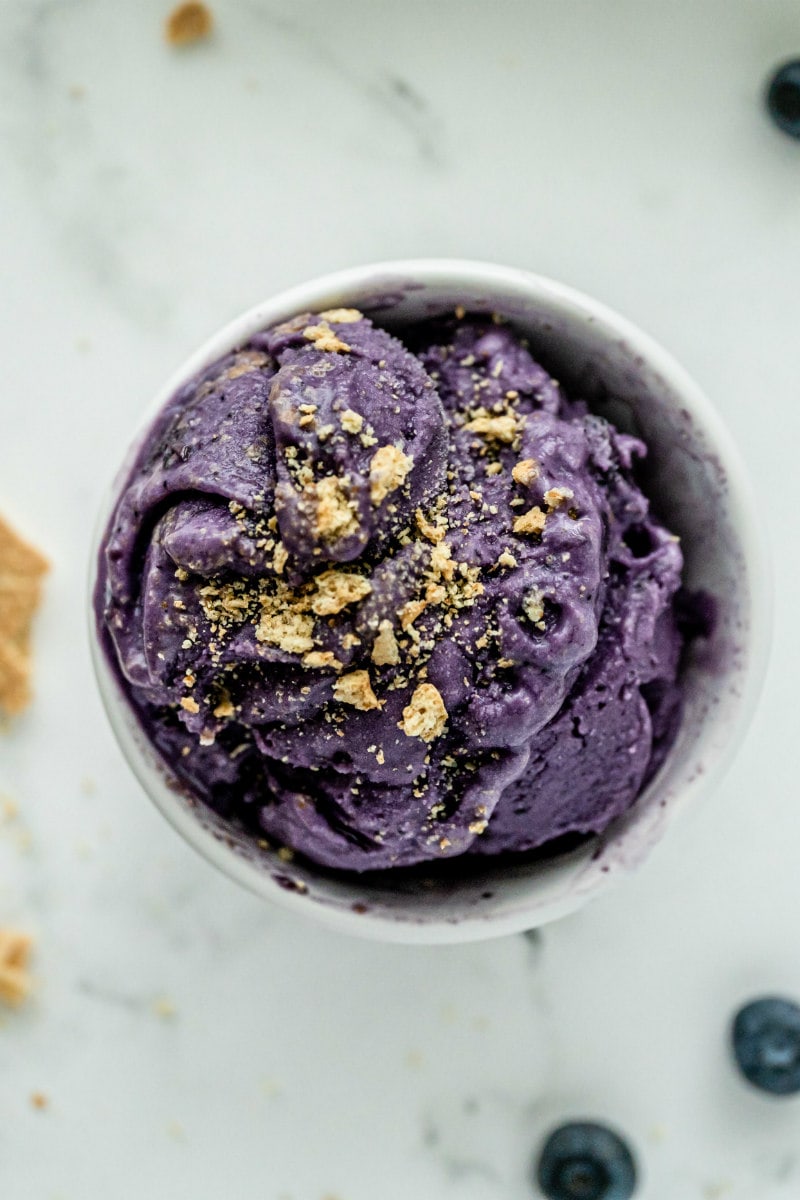 If you’re not into ice cream cones, scoop this ice cream into a dish instead. Don’t forget those graham cracker crumbs. Enjoy! 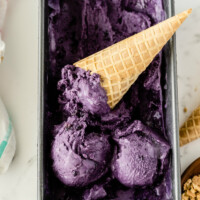 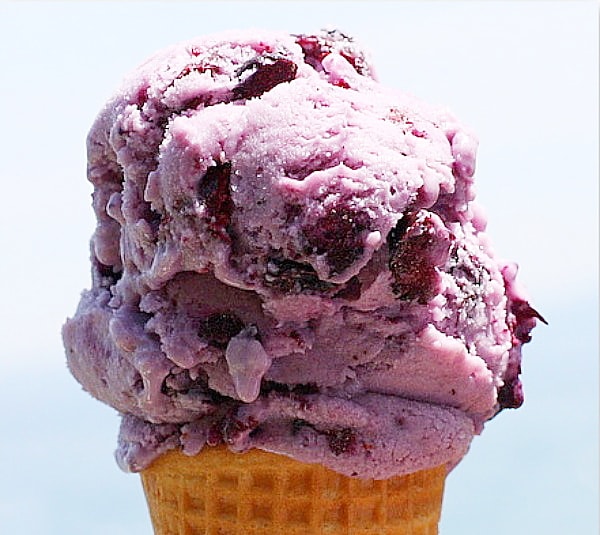