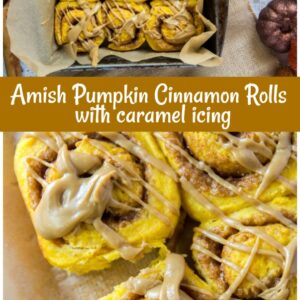 Amish Pumpkin Cinnamon Rolls are a fall recipe worth making again and again.  They’re topped with the most wonderful caramel icing. 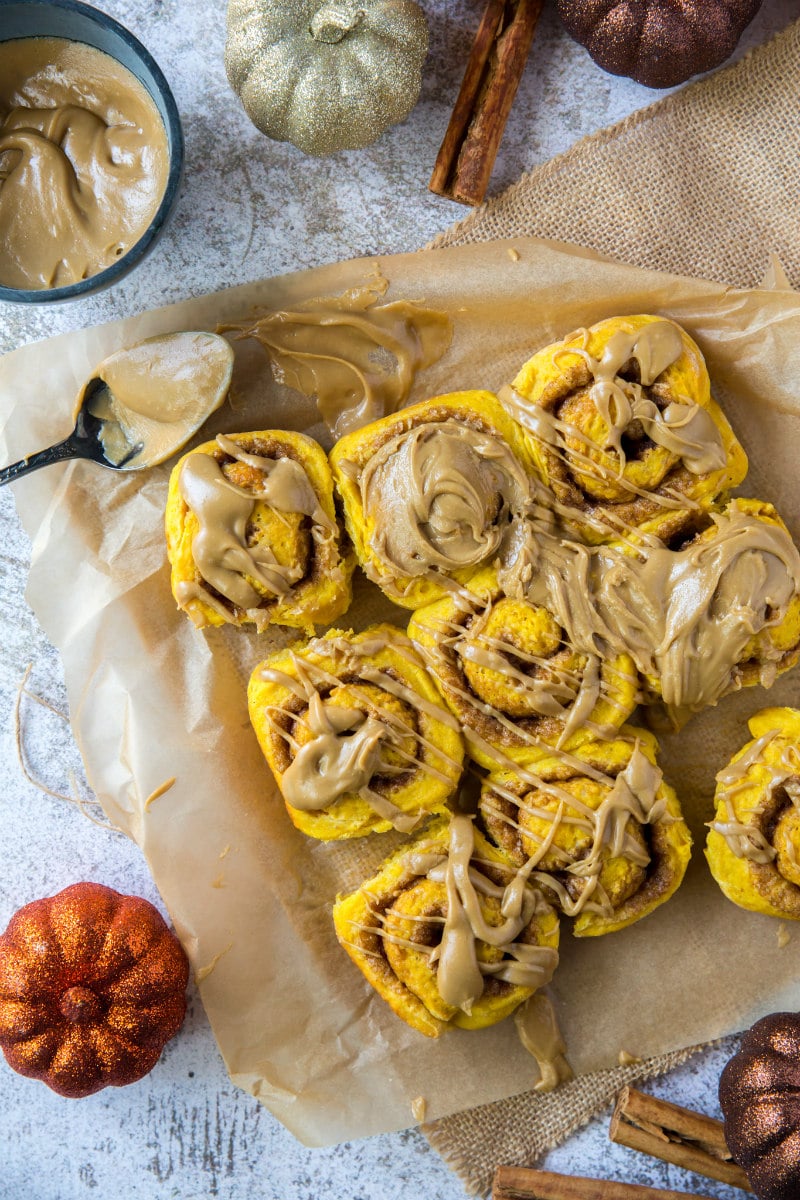 These are the kind of cinnamon rolls that are perfect for to make on Halloween weekend or Thanksgiving morning.  They have been my favorite cinnamon rolls for many years now.  You’ll want to make them more than once!

This recipe comes from a wonderful, older cookbook full of Amish-style recipes: Cooking from Quilt Country : Hearty Recipes from Amish and Mennonite Kitchens. 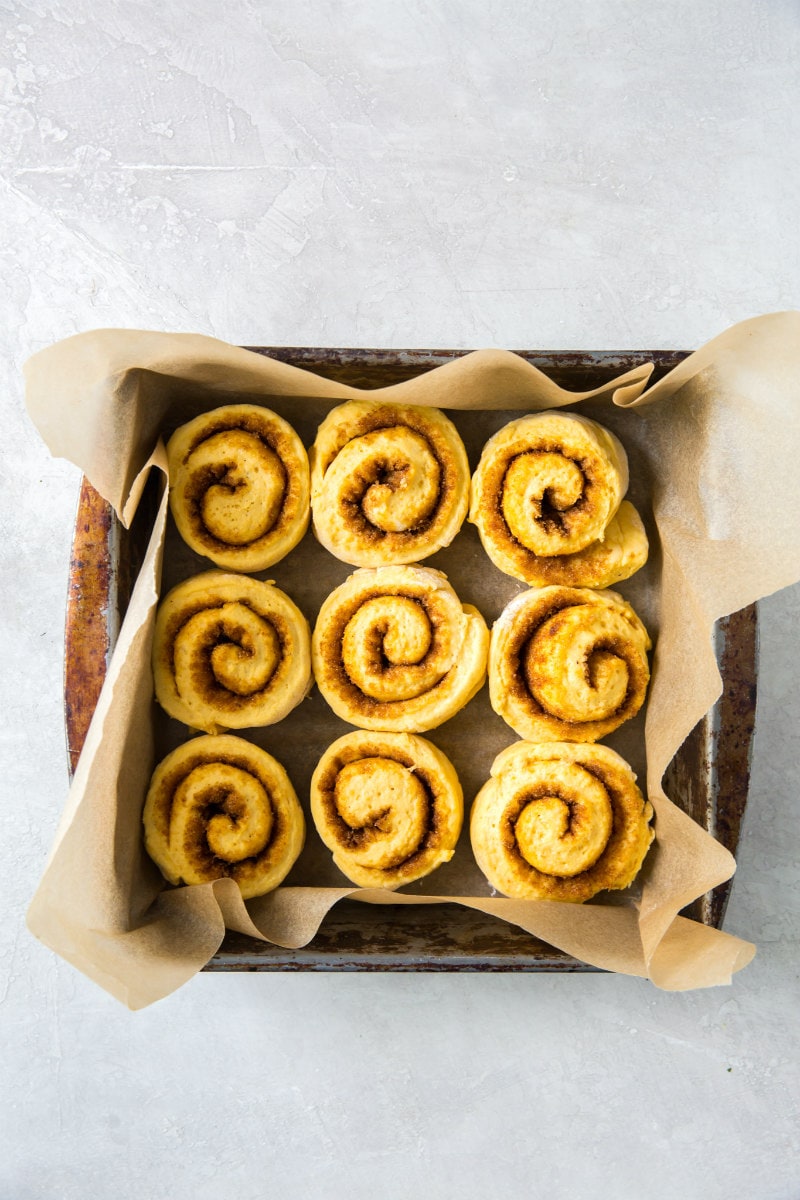 If you want to make these the night before, prep the rolls to the point of putting them in the pan.  Cover the pan with plastic wrap and place in the refrigerator overnight.  Take them out in the morning and let them rise before baking. 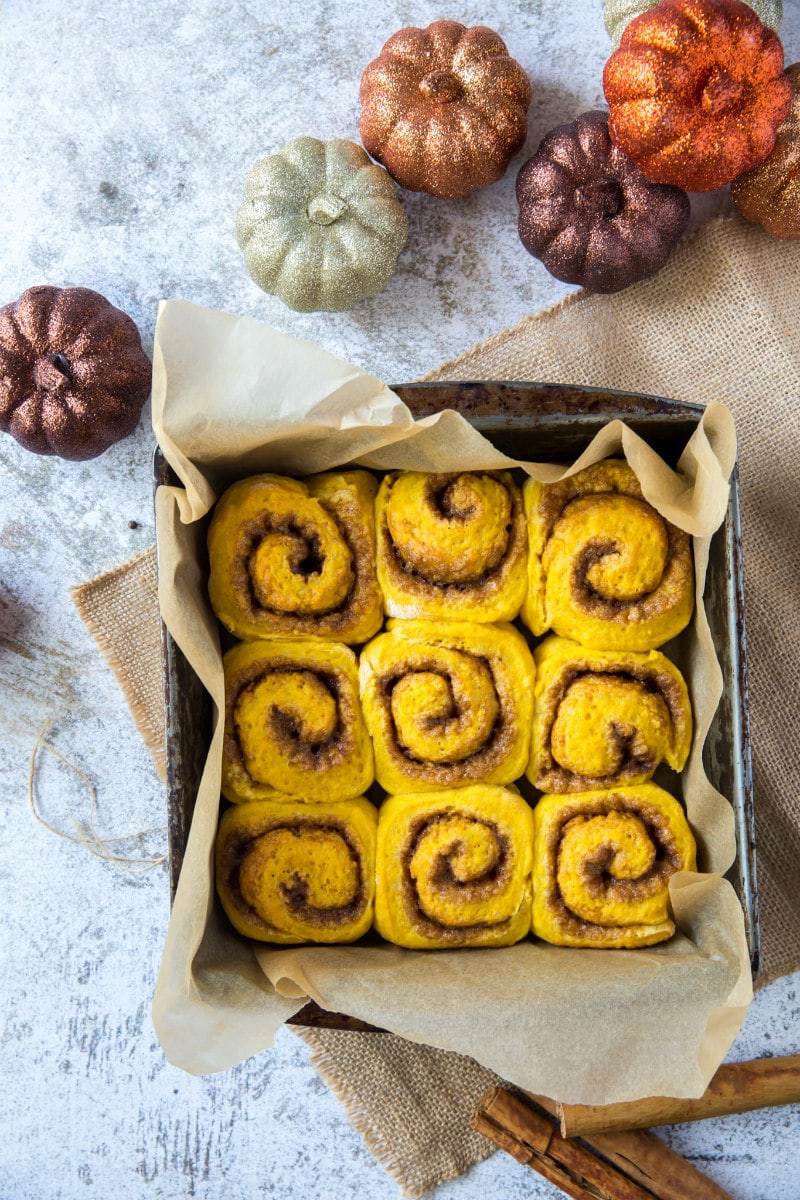 Bake for 20 minutes- until they are beautiful and golden, as shown! 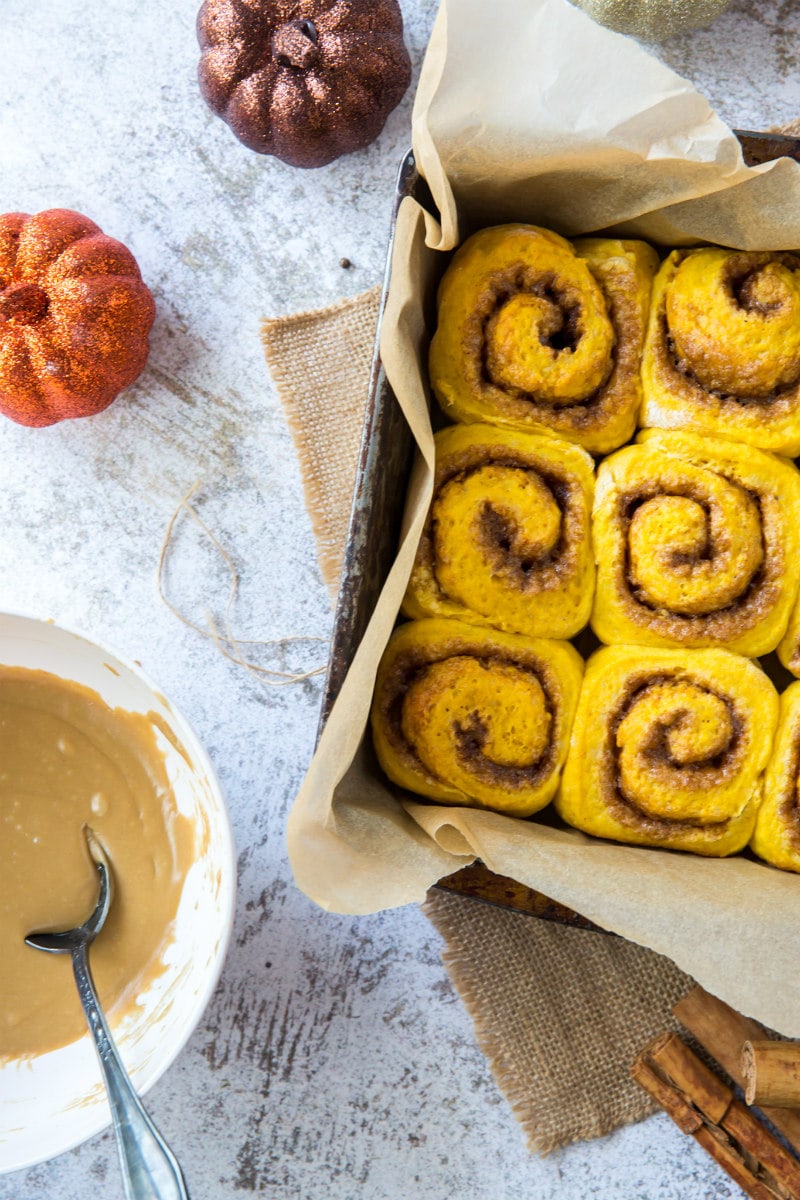 Then make the caramel icing (super easy), and drizzle it on top of your warm rolls.  This recipe makes 12 rolls.  That’s just enough for you and your family/guests to enjoy without over-indulging!  One roll is plenty as these are quite an indulgence. 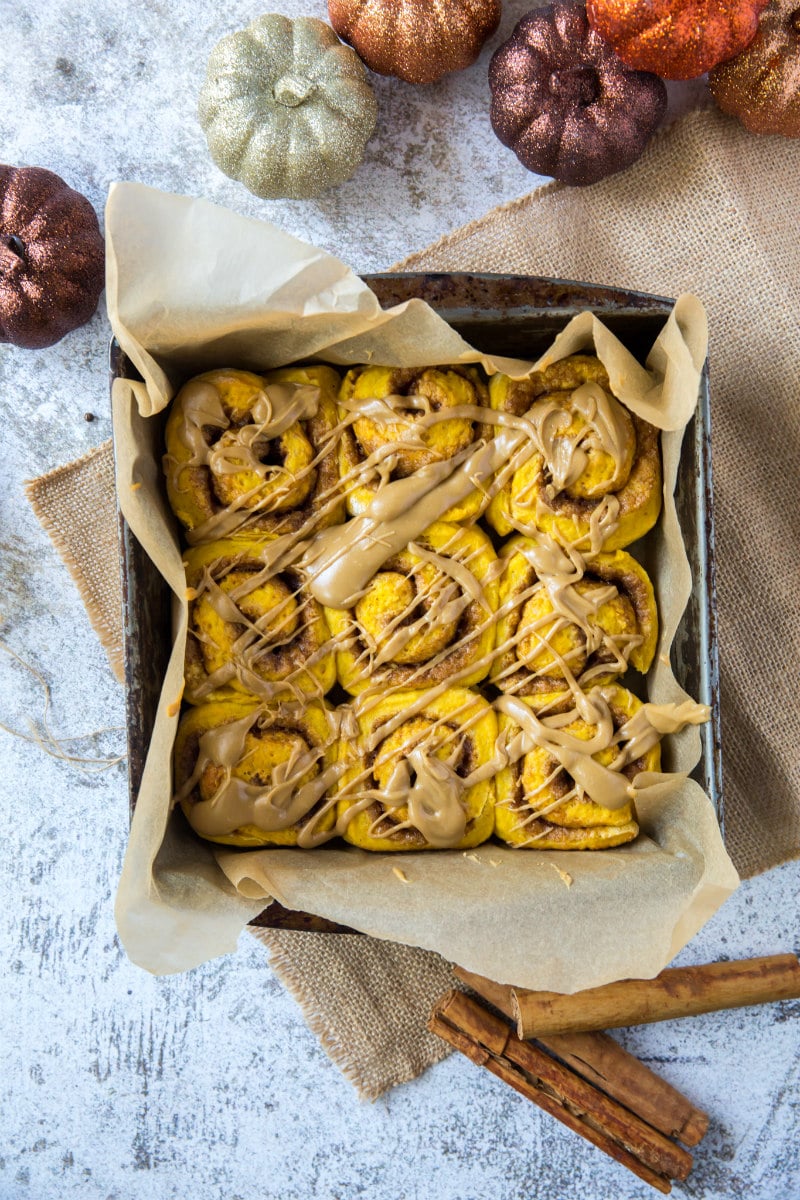 Should you use canned or homemade pumpkin puree?

I’ve only used canned unsweetened pumpkin puree for this recipe (not the pie filling).  If you have homemade puree, I think that will be fine as long as the consistency of it is very similar to canned.

Do I have to use bread flour? 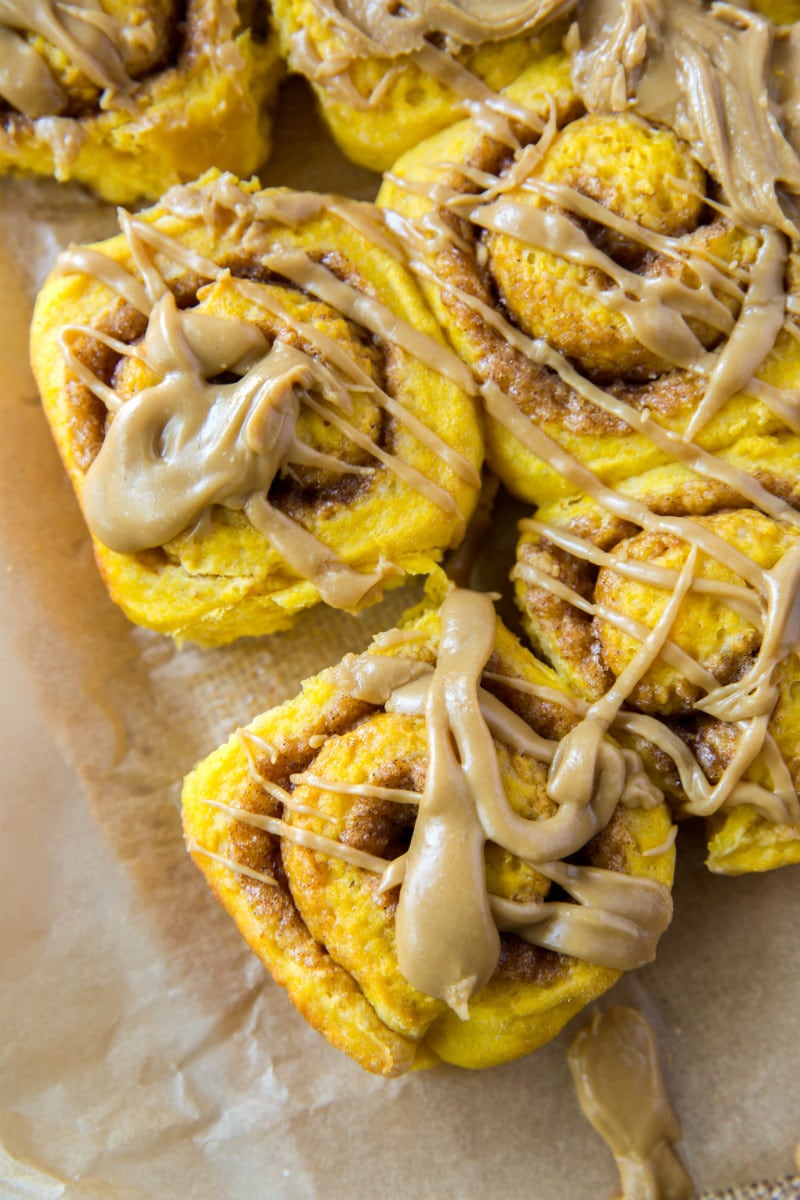 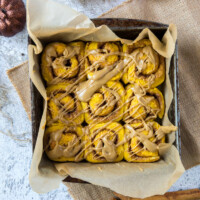 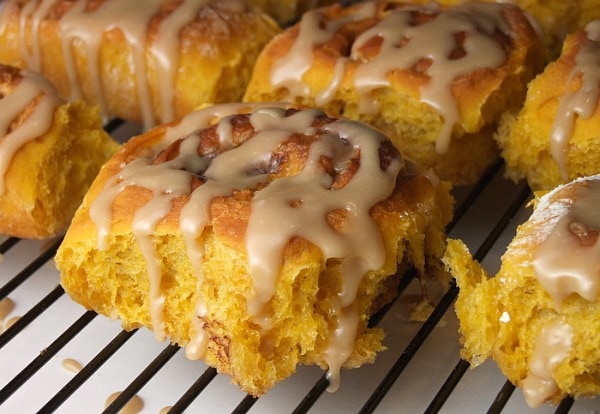