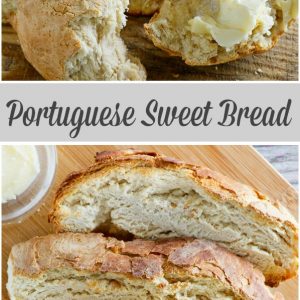 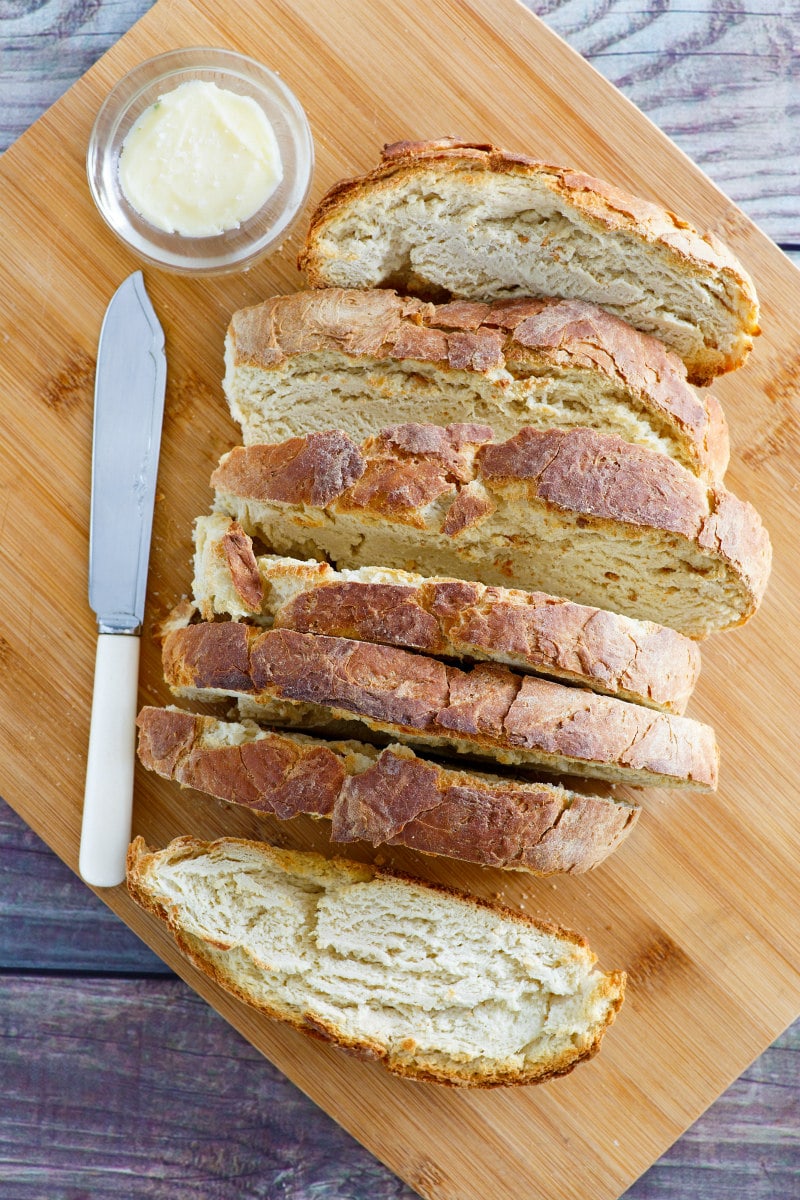 The Portuguese people like their bread.  I remember my grandmother always putting a basket of Portuguese Sweet Bread on the table– no matter what sort of dinner we were having.  It’s often enjoyed as a complement to meats and soups.  Bread is used to sop up juices that meat leaves behind on dinner plates.  And it’s often seen in Portuguese soups and stews at the bottom of the bowl with the soup/stew poured on top.

This recipe came from a scrappy, homemade cookbook of favorites from my Portuguese relatives.  I find that those are the best kind of recipes- real treasures! 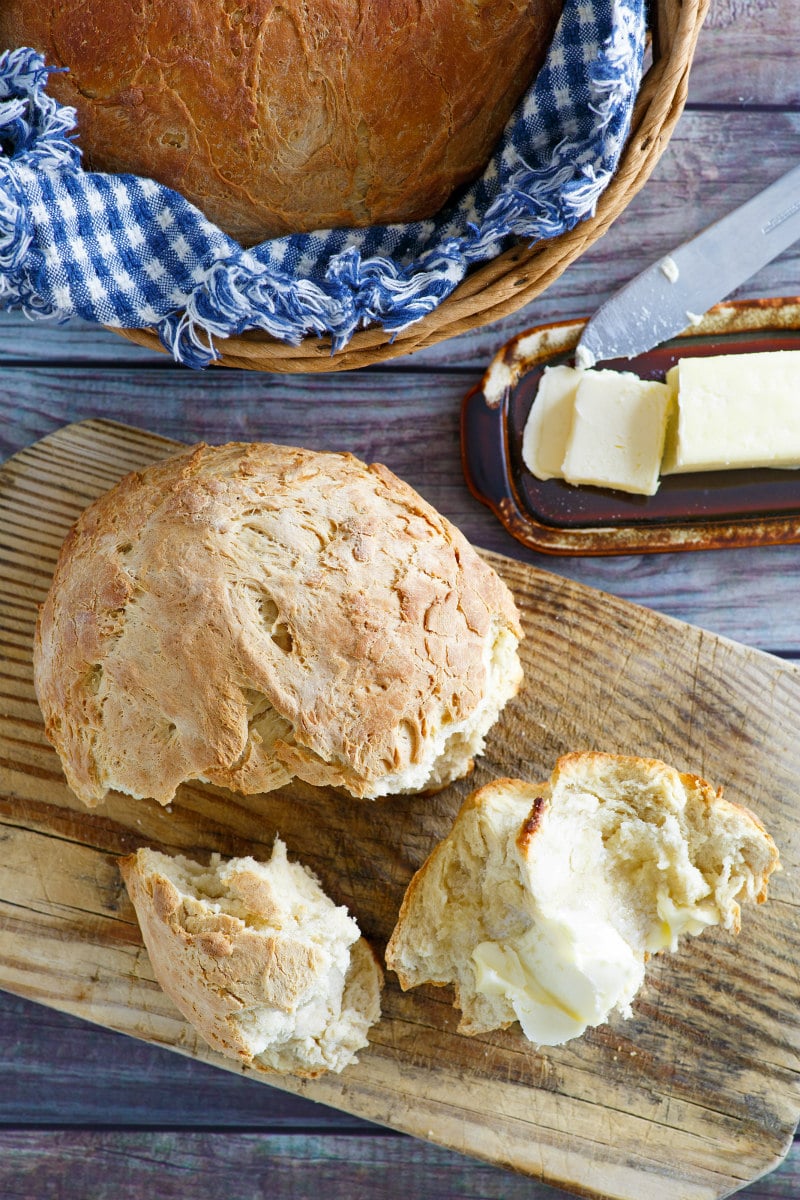 What is Portuguese Sweet Bread?

Portuguese Sweet Bread is a bread made with milk, sugar, eggs, yeast and flour.  Sometime lemon zest is added in.  It’s most often made in loaf form, but you can use the dough to make dinner-sized rolls too.  It’s traditionally made around Christmas, but the Portuguese make it all year long.  Around Easter, a slightly different version of Portuguese Sweet Bread is made to include a hard boiled egg.  It’s simply served with butter.

This bread is most common in Portugal, of course.  But it’s also seen quite often in areas with large populations of Portuguese-Americans or Canadians (New England, Hawaii, New Jersey, Florida, California and Toronto, Canada).  King’s Hawaiian is a company that produces a version of Portuguese Sweet Bread. 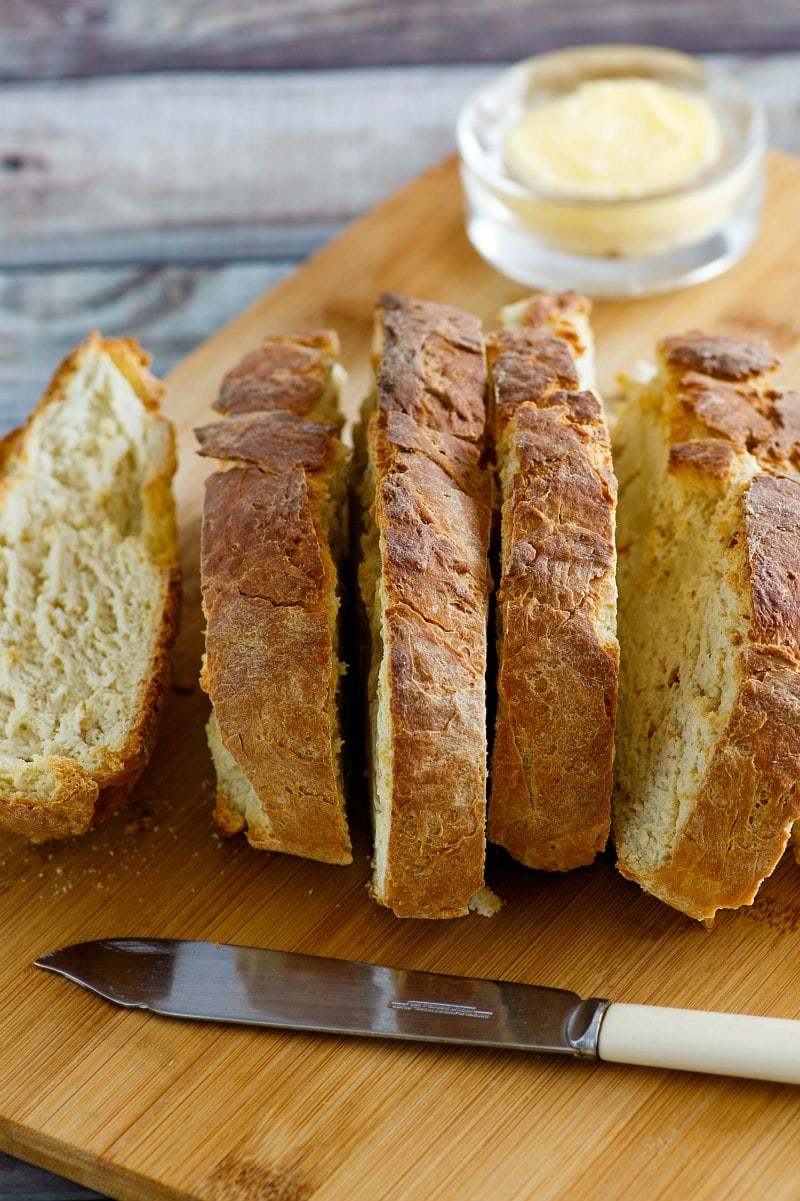 How to make Portuguese Sweet Bread:

Yeast is dissolved in warm water.  Sugar, hot milk, butter and salt are combined in a large bowl.  Eggs are mixed in, then the flour.  Next comes turning it out onto a floured surface to knead (alternately, a dough hook on a stand mixer can do the kneading).  Then the dough is put into a buttered bowl, covered and given two hours to rise.

After rising, the dough is taken out, punched down and divided into two round loaves.  Those loaves are placed into buttered pie plates or bread pans and then covered and given another hour to rise before baking.  It’ll take about 20 minutes in the oven for these loaves to bake.  After a bit of cooling time, they’re ready for slicing and eating! 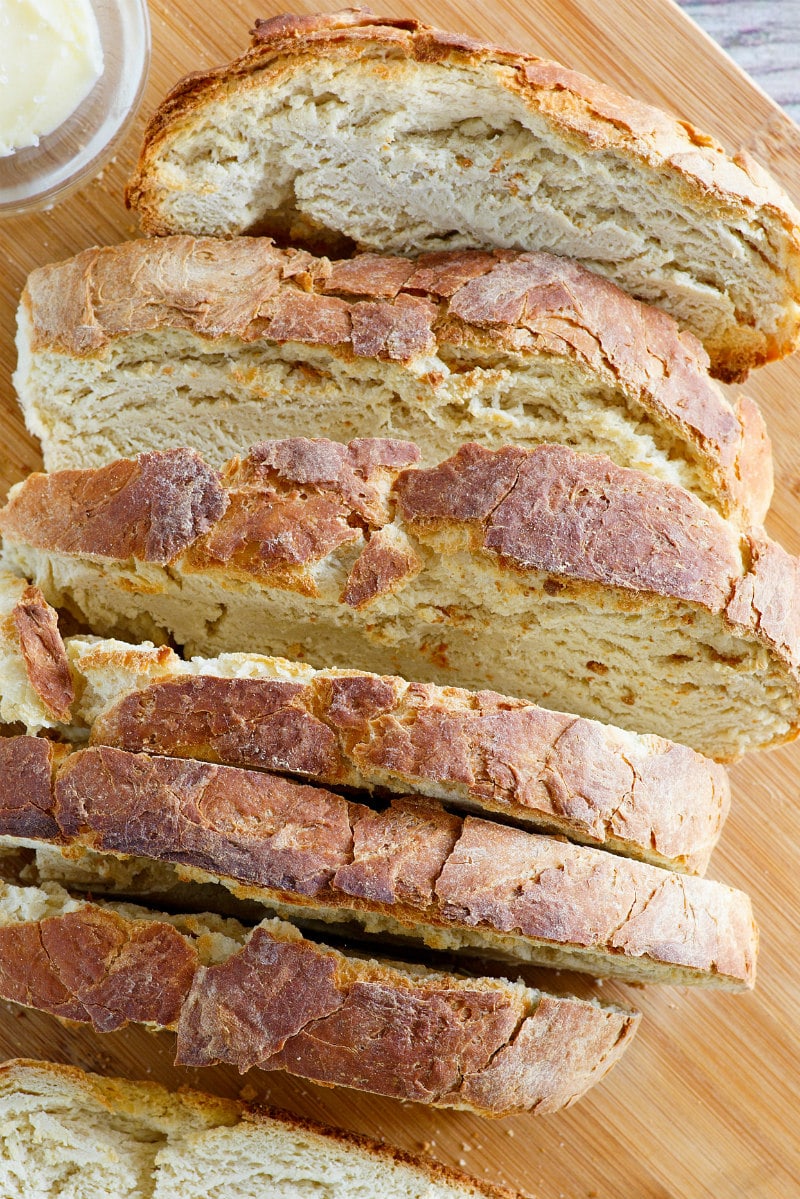 Here are some Portuguese recipes you can keep on hand to try: 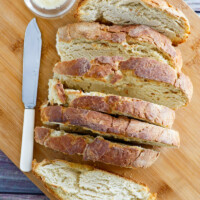 Print Pin Save Saved!
1 from 1 vote

A beautiful Portuguese Sweet Bread recipe from my ancestors...