This Teriyaki Pork Tenderloin recipe uses a simple and healthy marinade to turn out a very tender and flavorful meat. 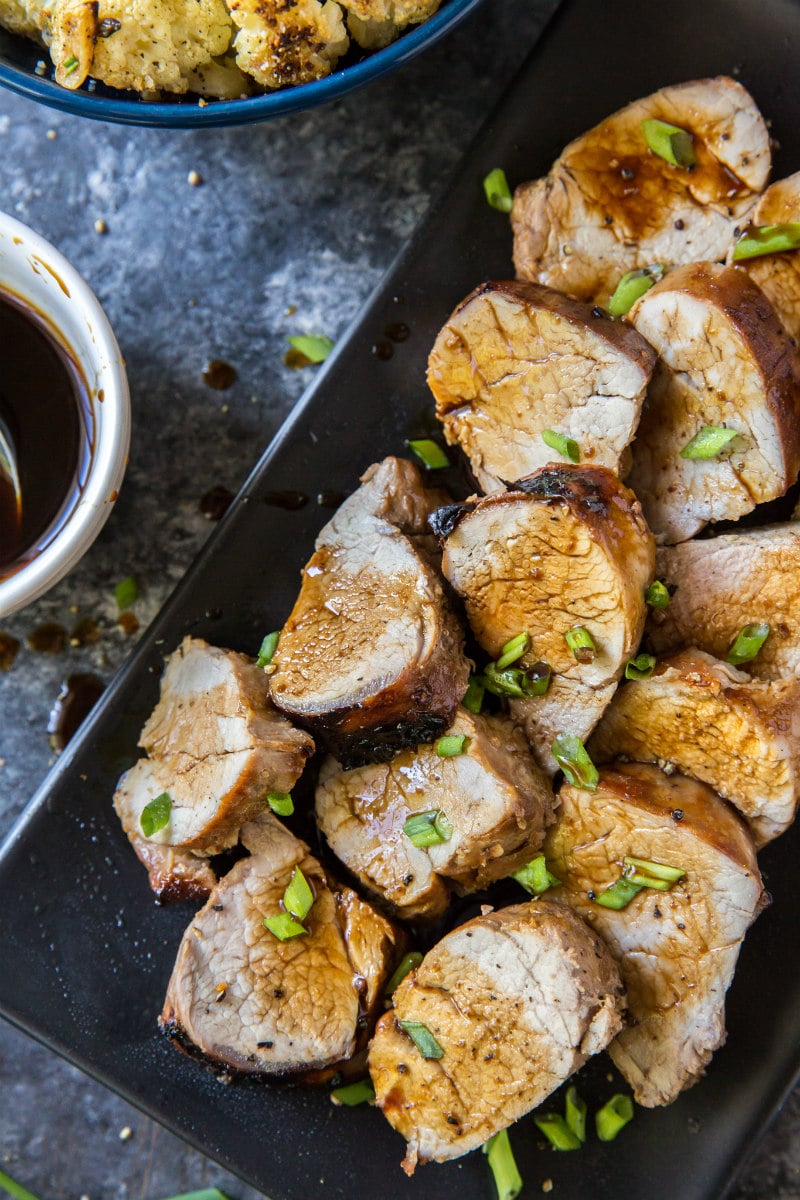 Teriyaki Pork Tenderloin is an excellent, healthy dinner that the whole family enjoys. It’s super easy to make, so it’s a good recipe to make for a weeknight dinner or a special (simple) Sunday night dinner. Serve it with steamed white rice and some stir fried vegetables for a complete meal.

The recipe comes from Ellie Krieger’s Cookbook: The Food You Crave. I’ve mentioned this cookbook before, and it’s TOTALLY worth getting. Every recipe I’ve tried has been a keeper. I have all of Ellie’s cookbooks. I like that they are pretty normal recipes that have been made healthier. 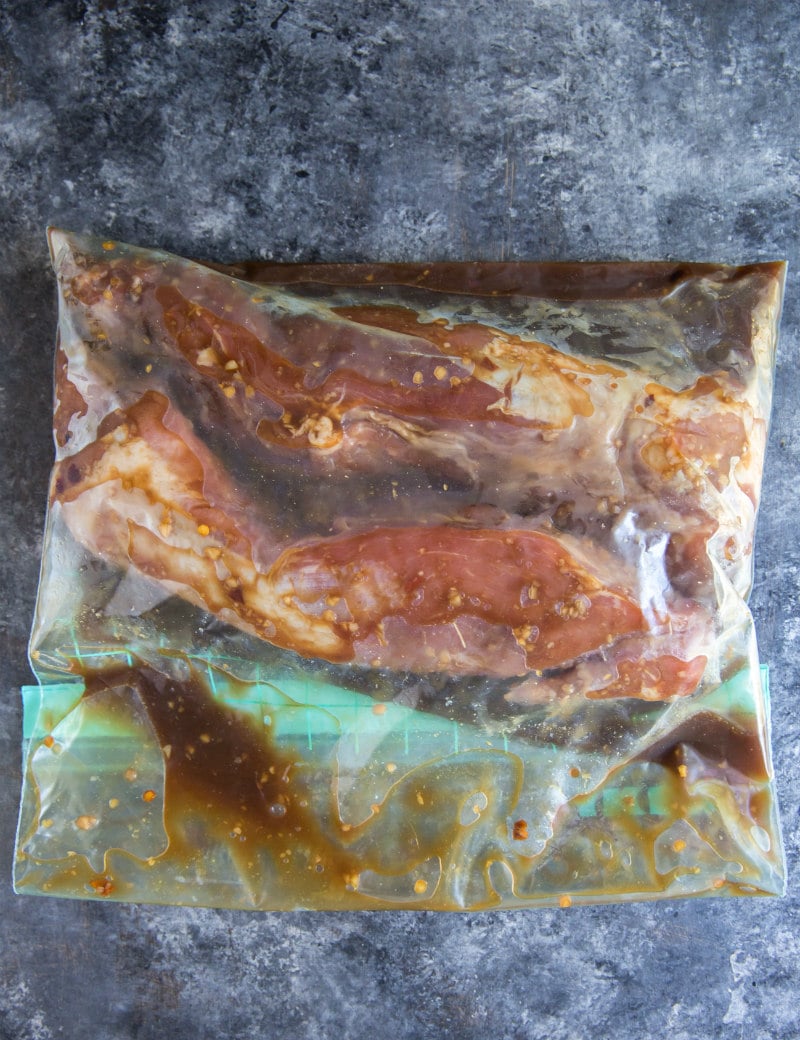 How to make Teriyaki Pork Tenderloin:

First you’ll make a simple marinade. The marinade consists of soy sauce, brown sugar, dry sherry, rice vinegar, garlic, ginger and red pepper flakes. Exact amounts are included in the recipe at the end of this post. All of the marinade ingredients are placed into a large zip baggie, and the pork tenderloin is added to the zip baggie to marinate. You’ll let it marinate for at least 30 minutes and up to 4 hours. 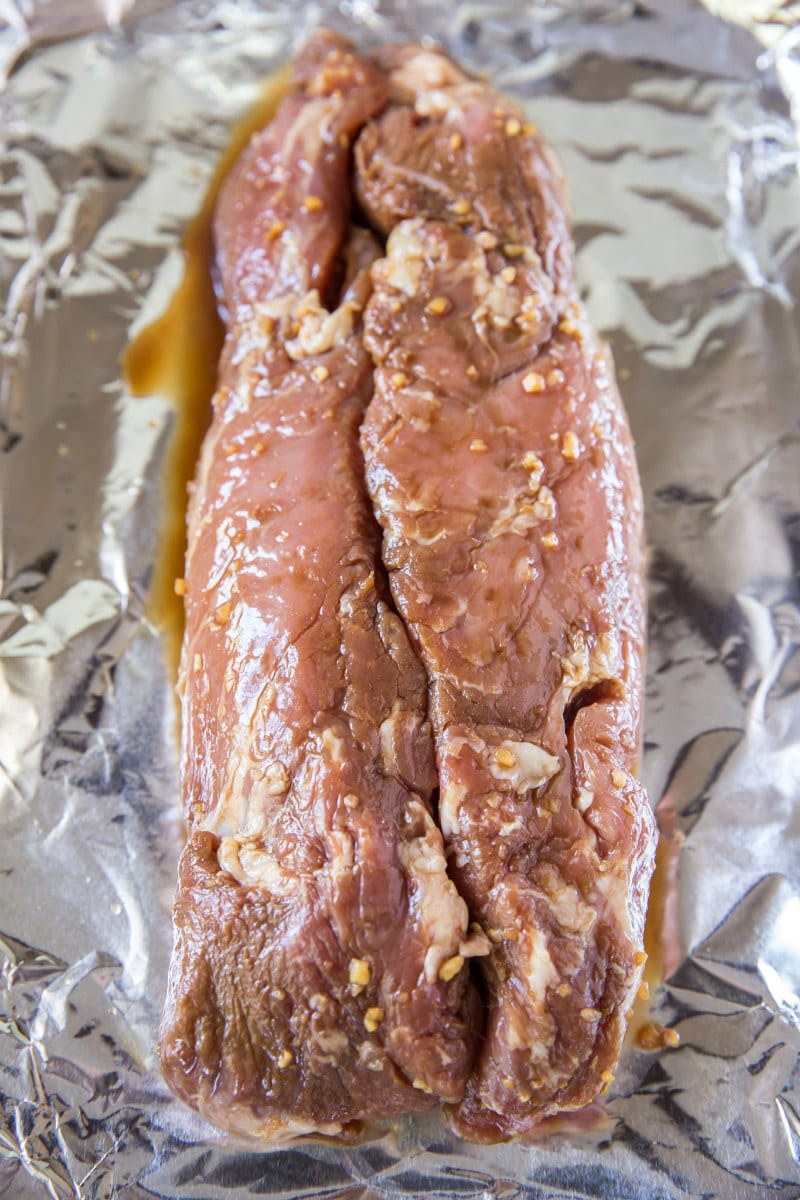 Then the pork is put onto a roasting pan, and it’s ready for the oven. Pork tenderloin is the cut of pork that I stick with the most since I’ve destroyed every pork chop I’ve ever made. If you use a remote thermometer (the kind where a little wand gets stuck inside the meat and the temperature recording device sits outside your oven- like this one), pork tenderloin comes out perfect every time.

You’ll take the pork out of the oven when it has reached 145 degrees. That’s the safe temperature to eat pork. It should come out nice and tender and juicy! 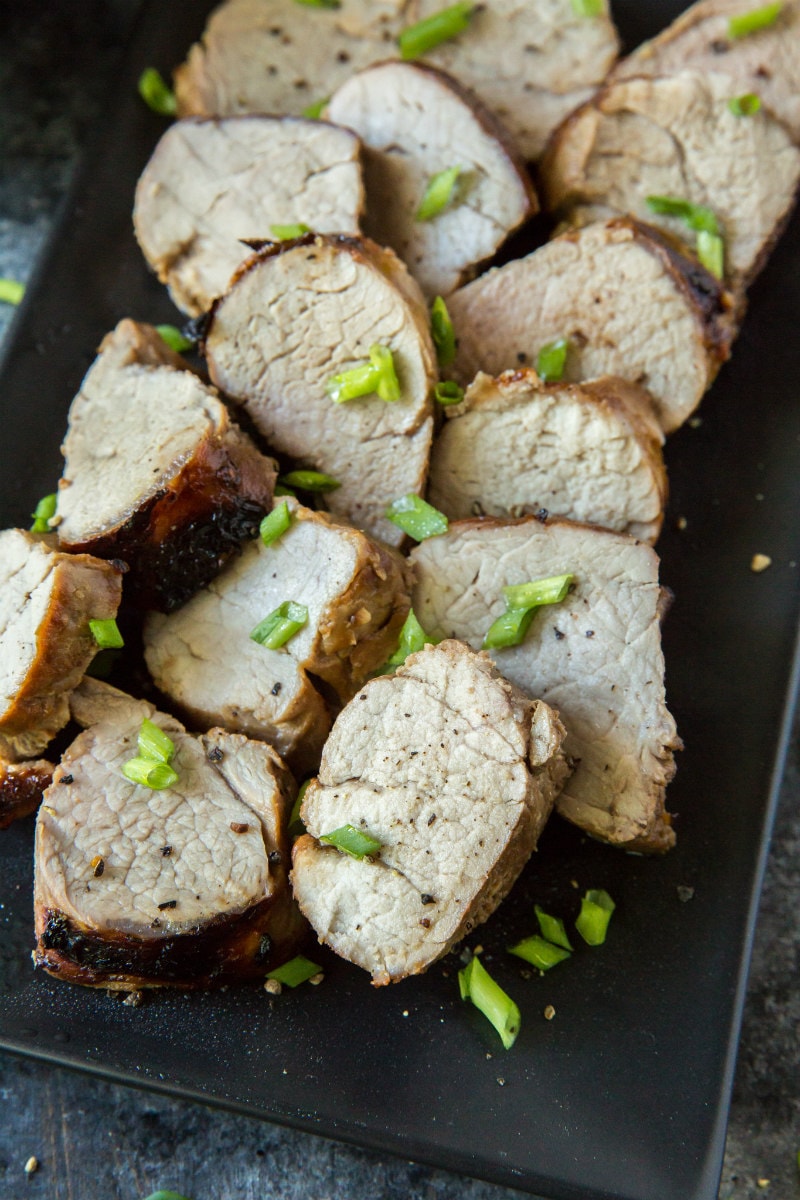 Slice it up and it’s ready to serve. Or you can make additional sauce to be spooned over the pork slices (described below). 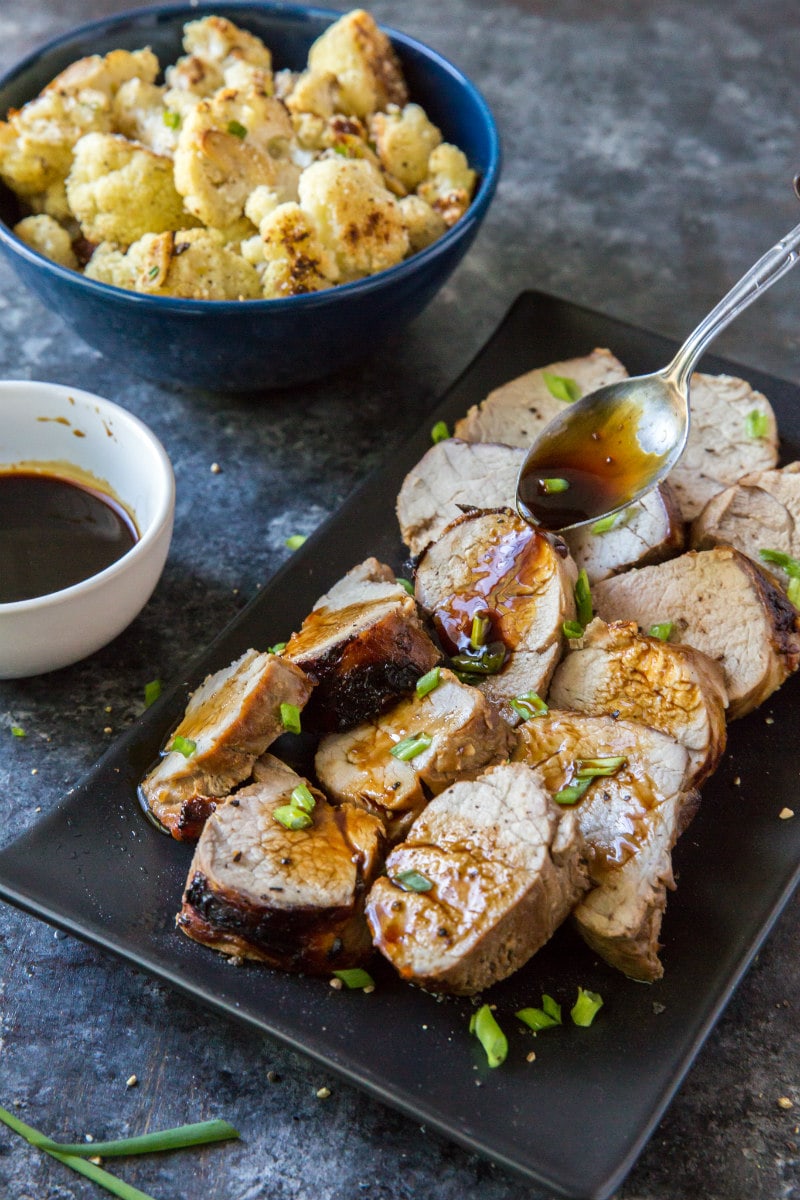 How to make an extra (optional) teriyaki sauce for the pork:

This Teriyaki Pork Tenderloin is delicious on its own, but if you would like to make some sauce for spooning over… it’s very easy to do. Just double the ingredients for the marinade, put half of it in the bag to marinate the pork and the other half in a small saucepan. Heat it over medium-low heat until bubbly and thickened slightly. You can use this to spoon over the pork when you serve it. Enjoy! 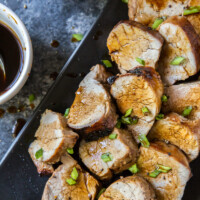 What a great dinner recipe!