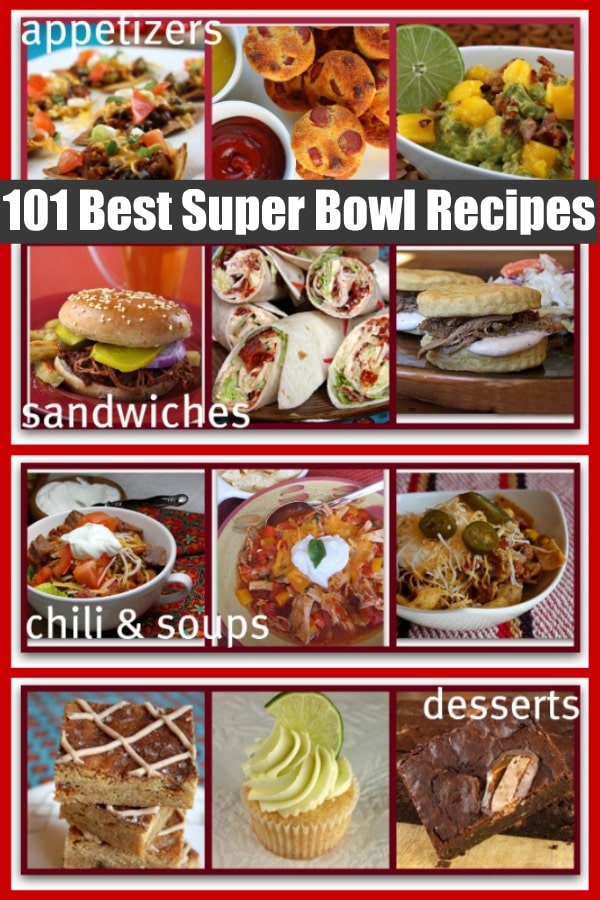 Super Bowl Sunday is fast approaching, so I’ve spent some time looking for the Best Super Bowl Recipes on the internet.  Here are my top 101!  Ok, well technically there are quite a few more than 101 but I just couldn’t stop adding 😉